EVENT: BLOWIN’ IN THE WIND by David Bradbury, Friday March 28 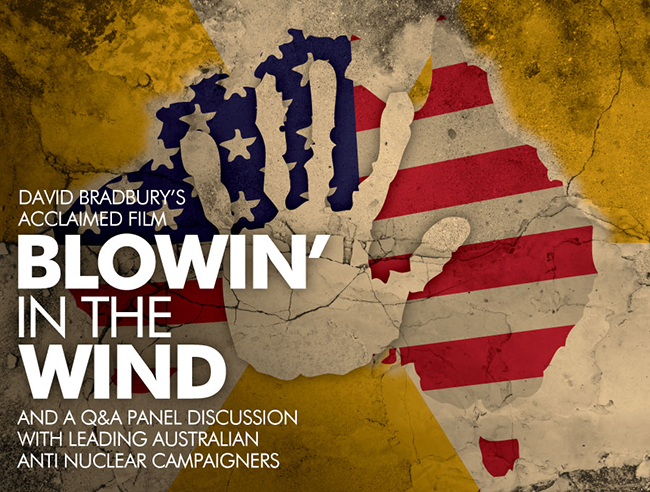 The occasion is a FUNDRAISER

to bring the Iraq War Veteran and anti-war activist VINCE EMANUELE, back to Australia for a second national tour. Vince Emanuele is a former US Marine of two tours to Iraq, who refused to go again by laying down his weapon. He is now organiser for the Michigan chapter of Veterans for Peace and serves on the national board of directors of Iraq Veterans Against War. He hosts the Veterans Unplugged program on Radio WMS, Michigan.

Vince blew us away last year with his eloquent and heart-wrenching accounts of being a soldier in Iraq, and coming home with a whole new vision of war – as horror. He speaks out against the US war machine; blowing the whistle on the United States military and the American culture of warfare.

Vince Emanuele will be speaking next month at the Canberra Peace Convergence, which is taking place at the Aboriginal Tent Embassy in Canberra, Old Parliament House Lawns, 21 – 26 April. He’ll also be touring Melbourne and Sydney, and making network guest appearances. The screening of Blowin’ in the Wind, the Fundraiser and Vince Emanuele’s tour are all proudly organised by the Australian activist group WACA 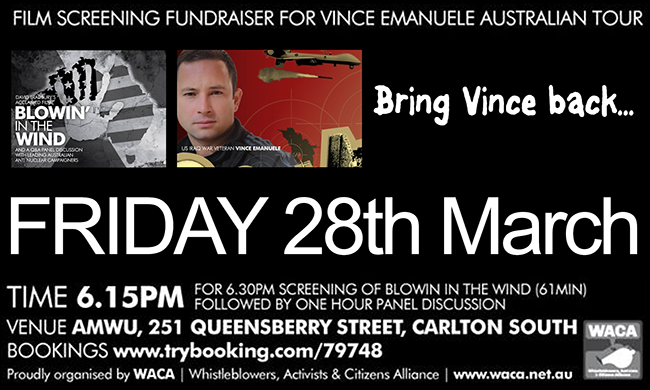 Blowin’ in the Wind examines the secret treaty that allows the US military to train and test its weaponry on Australian soil. It looks at the impact of recycled uranium weapons and the far-reaching physical and moral effects on every Australian. The film’s release has been timely as the government currently moves to approve more uranium mines while arguing the contrary – that by going nuclear we are being both ‘safe’ and ‘green’.

Blowin’ In The Wind reveals that Iraqi babies are now being born with major birth defects. Bradbury wonders whether Australians living downwind from the military testing ranges will be next. He argues that we were lied to by the British over the Woomera and Maralinga atomic tests. Can we trust another equally powerful partner in our ‘war on terror’? With a cash budget of just $12,000 Blowin’ In The Wind raises pertinent questions which cannot be ignored by the Australian public. The film shocked, angered and surprised large audiences when shown at the Sydney and Brisbane Film Festivals. 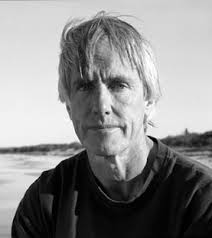 This is a film that very much wanted to find me. I tried to fend it off, exhausted from making environmental and political films on shoestring budgets that told hard truths to my fellow Australians that they needed to hear but preferred to ignore. In today’s climate of self censorship, and public broadcasters who fear that their political masters in Canberra will still further cut their budgets if they support these sorts of films, fellow filmmaker Peter Scott and I pushed on regardless. With a hard cash budget of $12,000 and a beg, borrow or make do philosophy…and a lot of favours, we’ve pulled together this doco I know you’ll never see on ‘your ABC’. The picture it paints and the consequences for us all if we don’t raise our protest loud and long to this new military alliance with the United States is too devastating to ignore.

The Paddy McGuinness’s, the Gerard Henderson’s and Greg Sheridan’s of this world with their sycophantic attitudes towards their media masters and ruling class elite will have a field day in attempting to put this film down, to write it off as ‘propaganda’, typical anti-American sentiment with no substance. It’s time for all of us to draw a line in the sand, to acknowledge whether we are in fact happy to be the 51st state of America.

More than ever, it’s time for us all to stand up and be counted for the decency and genuine moral values of what I believed as a kid it meant to be ‘a fair dinkum’ Australian. Not a false, jingoistic patriotism that is built on fear, that justifies war crimes in the name of the so-called War on Terror. Rather, I embrace a healthy nationalism that acknowledges who we are as Australians with compassion for the underdog and giving everyone a fair go. In a humble but sincere way, I hope this film made with a lot of heart and commitment can play a small but important role in galvanising a lot of us to do just that.

www.dusk-qld.info is the site to visit for action ideas of what you can do to stop this nuclear madness! Go there to get involved… and tell your friends.