Christine Assange in Canberra – THE MARCH from CaTV on Vimeo.

CHRISTINE ASSANGE didn’t think it was going to be easy. ON THE GROUND, this is exactly what it was like for Julian’s 60 year old mother as she made her way up Canberra’s Capital Hill to plead for justice…

It’s Thursday, 17th of November 2011, and Prime Minister Julia Gillard is busy entertaining US President Barrack Obama. Fences have been erected to prevent Mrs Assange from getting close enough to disturb the festivities. But the press don’t go along with that idea. After a powerful speech, they come out to get her and from the moment she is escorted inside Parliament House, it’s a world-wide scramble for interviews.

We couldn’t believe it when police tried to seize her banner, but are happy she missed that part 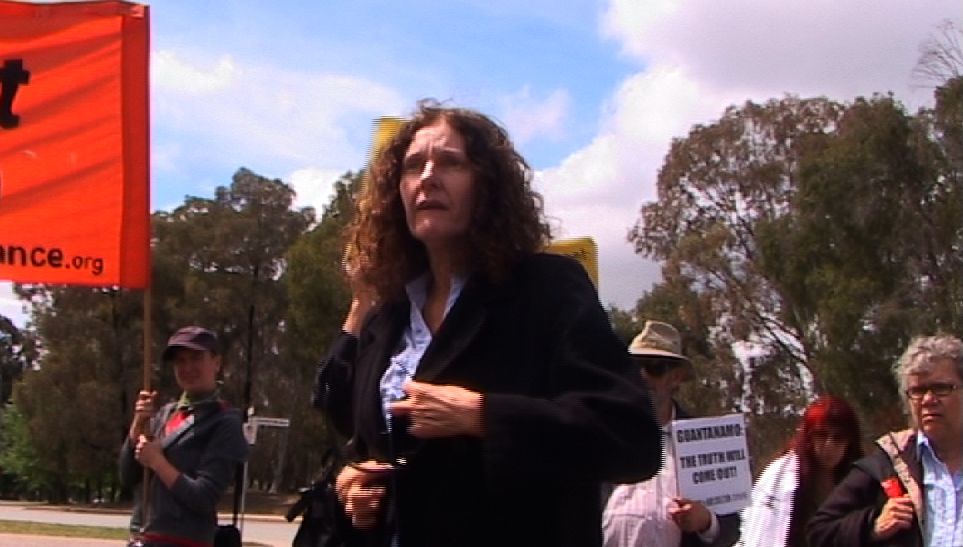