Citizens may take action over rough treatment in Victorian Parliament 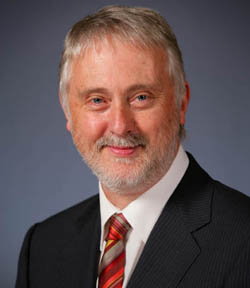 ALP MP Gavin Jennings has condemned the clearing of the Gallery in the Victorian Parliament last week, during the Summary Offences Act debate. He immediately entered a statement into Hansard (p53), that he had only on seldom occasions heard chortling or clapping, so the representation of the leader of government, that “dangerous and provocative behaviour” had led to the order for the Gallery to be cleared by the acting President, was a misrepresentation of the facts. Two men and two women said they wanted to stay and hear all of the debate, assuming they’d done nothing to warrant eviction, but a 30-man special task force was called in, with guns and tasers, to force them out. 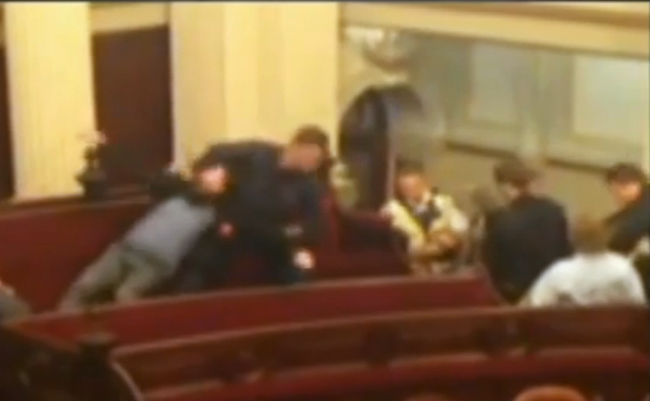 Sean Bedlam is dragged by the neck out of Parliament

Police denied their request to discuss the matter with the Speaker of the House, and proceeded to remove the four members of the public in an excessively rough manner. One woman of slender build was flung into a bench; a man had his neck bent so far backward, it was feared it would break; and another woman was stomped on, before being dragged downstairs backwards, with no support for her lower body. 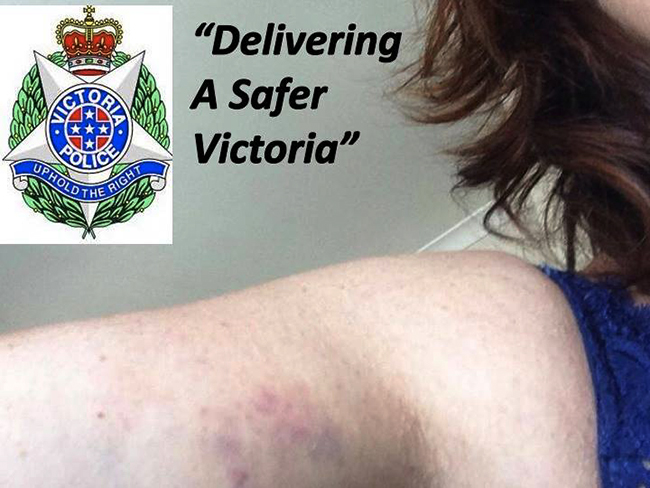 Samantha Castro was one of the people who were subjected to this excessive and dangerous use of force. She has a much larger bruise on the back of her arm, “footprint” bruises to her thigh and lower back, a bruised pelvis, and an inflamed elbow. She and her fellow victims, Karen Cochrane, Sean Bedlam and Sean McNamara sought counsel from a lawyer yesterday. Medical reports, and the testimony of two MPs add likelihood to charges being laid.

Hansard reveals that the public had been well-behaved for a long time, until a series of highly abusive remarks were delivered towards them, by Liberal MP Bernie Finn. Mr Finn called them “thugs”, “ferals” and “bludgers”, possibly after recognising a few people who had disturbed his right-to-lifers’ ‘March for the Babies’ event last year, by banging on pots and pans. Mr Finn’s provocative language clearly had the effect of unsettling the public, and raising tensions within the House.

Artist, musician, nerd
View all posts by CaTⓋ →
This entry was posted in EDITORIAL, LIVING PROOF, NEWS. Bookmark the permalink.