I published ‘March to Canberra with Christine Assange’ on June 19 2012, about 6 hours after Julian Assange entered the Ecuadorian Embassy. I had begun to take notes on a history that would repeat itself.

Just over 10 years ago, Julian Assange’s lawyer Gareth Peirce, wrote a letter to the PM of Australia, Kevin Rudd, that eerily described what eventually came to pass in Britain.  It was hand-delivered by Malcolm Turnbull, a subsequent PM. She wrote:

The letter described Julian Assange’s ‘alternate’ future, had he been extradited to Sweden. He was not facing charges there, but he was facing immediate imprisonment, solitary confinement for up to 23 hours a day and indefinite detention - on NO charges, as yet. He was there for questioning only, but there was no time limit to pre-trial detention in Sweden. This was “due process” for foreigners and suspects in sexual misconduct allegations, BEFORE they had been charged with any crime. They couldn’t apply for bail and even family visits were forbidden. Only a lawyer and priest could speak with them.

Swedish remand prisons had been described by Birgitta Winberg, the president of International Prison Chaplains’ Association Worldwide, as ’the worst in Europe’:

“In no other country”, she said, “are people in isolation before they are charged”.

And if a US indictment were to come through in the meantime for Assange, within days or years this process could be interrupted by Sweden to “loan” Assange to the US under the two countries’ Temporary Surrender Treaty – no questions asked.

It was a neater arrangement, a fast-track version you might say, of what eventually transpired in the UK. Assange secured Ecuador’s protection for another five good years of publishing, but the same net eventually tightened around him. The same indefinite detention and torture of isolation that Sweden had planned, with a hand-over to the US looming – like now in the UK – despite a prohibitive Extradition Treaty with the US for political offences; and despite the exposure over time of countless violations of due process across Sweden, the UK and the US – including CIA spying on the defence and most recently its utterly lawless kidnap or kill plan under the Trump Administration. The court knows now from expert witness Maureen Baird that if extradited, Assange’s future would be determined by the CIA – effectively those who were planning to kill him. It didn’t happen in 2012 and it may be time now to admit “Game Over” and drop the charges.

#Assange: My follow-up letter of 12 Sept asking #Sweden to explain, point by point, the #HumanRights compliance of 50 perceived due process violations, to conduct a prompt & impartial investigation and reiterating my unanswered queries of 28 May. Link: https://t.co/yc33dCgFFi pic.twitter.com/JIHpJxVyMx

Gareth Peirce included two links for PM Rudd to visit. The first, still online, informs him about what’s going on in the US in 2011. We discover:
“ Secretary of Defense Robert Gates has said that the military has enlisted FBI agents in its investigation of the matter, which could mean that someone who is not a uniformed US military person is about to be charged, or has been.”

The FBI investigation would include a non-authorised field trip to Iceland to work with a potential witness against Assange, Sigurdur Thordarson, on what was exposed in the Icelandic parliament and in recent admissions by Thordarson, as an entrapment and false testimony plan. The Interior Minister of Iceland, Ögmundur Jónasson, said the FBI had deceived Icelandic authorities about their activity in Iceland. 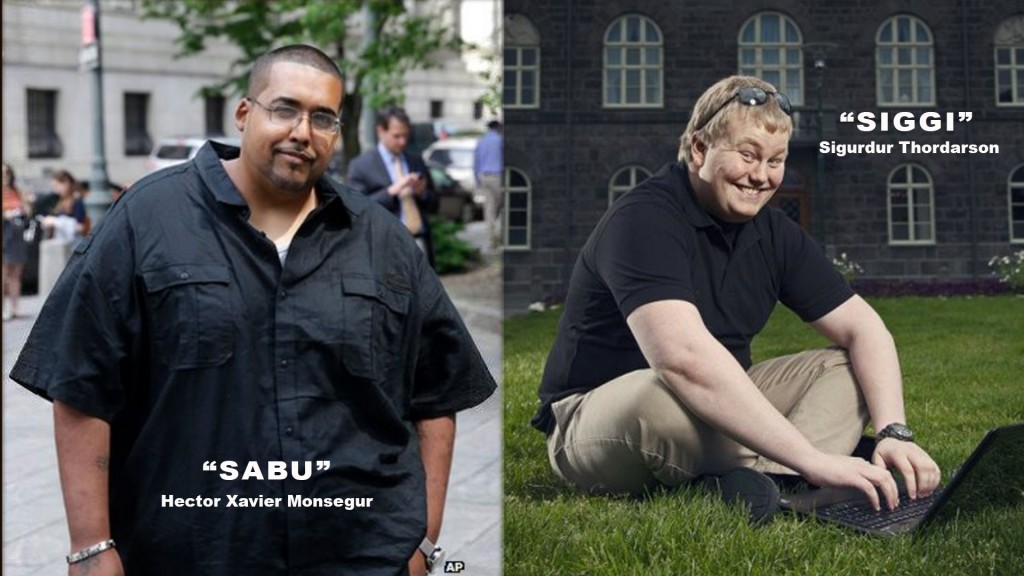 Prosecution witnesses Sabu & Siggi: hackers who tried to entrap each other, not realising they were both working for FBI

The DoJ also deceived the UK by with-holding Thordarson’s name (and long criminal record) in their 2nd superseding indictment. The prosecution deceived the court by with-holding prison documents attesting to Assange’s mental health and mis-represented expert medical opinion at the US Appeal review on August 11. The US will assert Assange is a malingerer, and in any case, as prosecution witness Nigel Blackwood says,


“suicidal tendencies can be managed with the right kind of medication”.

There’s been a lot more massaging of the legal framework to do than in Sweden, and much more fallout as the ‘not cricket’ scandals unfold.

10 years ago, Gareth Peirce also alerted Australia’s PM to the US’s poor record in adhering to extradition assurances. Dated May 13 2010, her paper was entitled:
“America’s Non-Compliance - Gareth Peirce presents the case against extradition”

Peirce reports on how, under threat of disproportionate punishment, the US coerces defendants into 90% guilty pleas; or witness compliancy with impunity – such as Thordason was offered, plus expenses. She also cites the US’s history of non-adherence to rendition assurances:

“Twice the foreign secretary has had to come before Parliament to apologise for the fact that US promises concerning rendition had not been kept; and in 2008 the Select Committee on Foreign Affairs recommended that US assurances should no longer be accepted, given the country’s continuing denials that its interrogative practices met the universal definition of torture.”

While it is a party to the UN Convention against Torture, it has never ratified the treaty’s optional protocol, and it doesn’t accept the right of individual petition to the Committee for the Prevention of Torture. In those countries which have signed up, UN special rapporteurs on torture carry out unannounced inspections, intended to get behind the façade of impressive constitutions. They dig out grim truths and their reports are often biting and always public. America doesn’t even accept the application of its own regional American Convention on Human Rights, which it signed but has never ratified. Thus no individual in the US can have recourse to the Convention’s enforcement body, the Inter-American Court on Human Rights. Petitions can be sent to the Inter-American Commission on Human Rights, but its reports are not binding and findings are consistently ignored.

So where are we today? The UN considers more than 14 days in solitary confinement as torture, but the US has been holding prisoners in isolation for up to 44 years, says former CIA whistleblower and segregated prisoner John Kiriakou.

Peirce demonstrates how the US, rather than complying, instead persuades or coerces other states and their institutions to comply with what it wants, regardless of convention. We have seen this play out, arguably with reckless zeal in the UK, in documented CPS manipulation of the Swedish Prosecution Service and the FCO’s role in turning Ecuador’s President against international law and Article 41 of his own Constitution. We see it in recent reports of UK counterparts of CIA agreeing to execute a shoot-out in the streets of London in the absence of any charge against Assange from the US.

10 years ago Peirce reached out to warn Australia of how the US would likely operate to get its man. Rudd and his successors do nothing, and in the fullness of time, ‘Plan B: UK’ comes to resemble ‘Plan A: Sweden’. A gateway has now been opened for a “Hail Mary pass”, in the words of Prof Bill Hogan, to discredit the expert testimony of Professor Micael Kopelman.

Both Hogan and clinical psychologist Lissa K. Johnson suggest that the US could run into difficulty having it dismissed. Lord Justice Holroyde and Lord Justice of England and Wales Ian Duncan Burnett will decide.