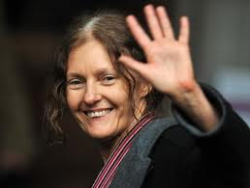 Sydney’s STOP THE WAR COALITION are hiring a bus that will leave Sydney at 7am on Thursday morning (meeting time is 6.30am) to arrive in Canberra at 10.30am and return in the evening of the same day. The cost will be $30-$40. Contact details here. The group will protest against the proposed “joint operation of military bases in Australia, attacks on WikiLeaks founder, Julian Assange, and the US government’s persecution and torture of accused WikiLeaks whistleblower, Bradley Manning.”

Linking up onsite with a number of other groups, they will “join the movement of the 99% opposing wars for the 1%”.

Mrs Assange specifically wishes to question what she calls “arse-covering” by the Australian government for the US, in respect to WikiLeaks. She claims that for the sake of the US alliance, it has failed in its obligations to an Australian citizen.

“In my opinion we have become nothing more than a franchise of the US and Julia Gillard has traded my son for her position as prime minister … I’m going right to where the buck stops, which is Canberra, and I’ll be talking to people about this case.”
Read More 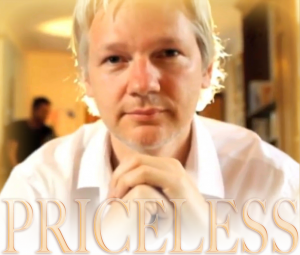 -
Strong words, but Julian could be in a Swedish jail by Christmas, and a Grand Jury indictment for US extradition issued at any moment after that. The US and Sweden have gotten around European Law (which would normally give Britain the right to object) by creating a “Temporary Surrender” treaty, essentially permitting Sweden to “lend” Assange secretly and quickly to the United States – even before he’s been tried in Sweden!

John Pilger tells us in his article ‘The Smearing of a Revolution’ that some members of the British judiciary are amazed at how this affair is somewhat oddly but  inevitably proceeding:

“At the appeal hearing in July, Ben Emmerson QC, counsel for the defence, described the whole saga as “crazy”. Sweden’s chief prosecutor had dismissed the original arrest warrant, saying there was no case for Assange to answer. Both women involved said they had consented to have sex. On the facts alleged, no crime would have been committed in Britain.” [either]

User MEJ at maxkeiser.com makes a good point for someone who doesn’t give a shit:

“It would be a mistake for USA to take Assange now. There is no putting the toothpaste back in the tube, and all we would do is make ourselves look even worse than we already have (which is saying something). Assange’s organization is already seriously split apart and he is dissed in many quarters, not just D.C.. If we try him in the USA it will probably be in a secret court and there will be huge publicity in the blogosphere and he will turn into a martyr for the revolution.”

Oh yes. Give up Dorothy, we do implore you, while sensing that Assange is more likely to go through that very process and find himself in a similar hell hole to Bradley Manning, where visions of Twin Chairs come to mind… Pilger’s description of the legal climate in Virginia does nothing but add to that sinking feeling of inevitability:

“The grand jury is a “fix”, a leading legal expert told me: reminiscent of the all-white juries in the South that convicted black people by rote. A sealed indictment is believed to exist.” 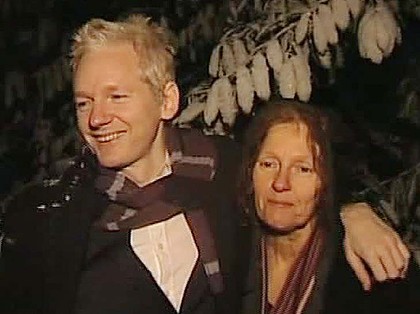 Christine Assange said her son could get an unfair trial in Sweden, where there are “provisions for incommunicado detention and secret trial”.
The website swedenversussassange.com points out that Assange, even if not charged or acquitted, could be nevertheless looking at a year in solitary confinement, simply awaiting a decision. That’s a torturously long time to “wait-and-see” if a US extradition order arrives…

If extradited [to Sweden], Assange’s lawyers affirm that he will be:

held in prison in solitary confinement when he is returned, despite not having been charged (likely to spend up to a year in custody). There is no time limit to detention in Sweden.

There is no bail system, so he would remain in detention indefinitely.

If there is a charge and a trial, it will be held in secret.

He will not be judged by an ’independent and impartial tribunal’, a fundamental requirement under the European Convention of Human Rights (article 6.1). Three out of the four judges are lay judges, who have been appointed by political parties and have no formal legal training (see Lay Judges).

The Swedish prosecutor, Marianne Ny, has not given Julian Assange or his lawyers information on the allegations against him in writing, which violates the Swedish Code of Procedure (RB 23:18) and the European Convention of Human Rights (article 5), and the EU Fundamental Charter on Human Rights.

There has been political interference with the Prime Minister’s statements to the Swedish Parliament during the trial (see Political Interference, and constant press attention has been given to the complainants’ lawyer (see Media climate in Sweden).

The bilateral agreement between the United States and Sweden allows Julian Assange to be extradited to the US as soon as he arrives in Sweden (see section on US extradition). Under US custody, Julian Assange risks kidnapping, torture, and execution.

And if that seems like a bit of an exaggeration, listen to Former British Ambassador Craig Murray talk about the UK and USA sending prisoners to Uzbekistan to be tortured, in order to generate FALSE intelligence:

It would seem that very, very soon, the whole world will NOT be watching any more… Julian Assange is about to disappear. And if the “Temporary Surrender” process is secret, it will have already happened before the world even hears about it.

Christine Assange describes the process as:
“…a program of illegal abductions, under which thousands of mostly innocent people were tortured by the CIA in secret “black sites” all over the world or sent to pro-US dictatorships to be tortured under CIA supervision.”

One wonders if she will stand Buckley’s chance of asking President Obama how he will follow through on his election promise to end this practice, given that he has so far pursued more whistleblowers than any of his predecessors.

What Mrs Assange wants is fairly simple; that her son be permitted to answer Swedish Prosecutor Marianne Ny’s questions from the Swedish Embassy in London. It is equipped, and well practiced in setting up telecommunications for this purpose. The Prosecutor has always had this option, but refused to use it, and refused to explain why. She might feel obliged to be slightly more co-operative if our Prime Minister asked her, on our behalf, to extend Julian this small courtesy. It’s a maddening thought to consider, that eventually, because Ms Ny won’t Skype, Julian has to wait in solitary confinement for a year until his name is called. After all, this is still “Much Ado About NOTHING” criminally speaking.

Barrack for Julian and not Obama on November 17th, and join Christine on her journey to Canberra, where she will attempt to avoid pointless imprisonment for Julian and clear this matter up quickly. We must not tolerate indefinite imprisonment, pending decisions on whether someone is to be imprisoned or not. That amounts to letting punishment precede justice. Good luck Christine. Your efforts may also help sensitise Ms Gillard to the similar plight of our refugee detainees.

ADMINISTRATIVE NEGLECT
Craig Murray’s revelations in Part 2 of the video you have seen above complete this picture in a most surprising and alarming way, while pointing to a causal factor that is just as apparently innocuous as a Swedish Prosecutor refusing to Skype – insouciance, or as the French would actually call it “nombrilisme” (being aware or concerned about little more than your belly-button). In a way, it’s a human condition that must precede the looking after of Number 1, and by default, the looking after of Mr 1%, since we can never really get HIM out of our lives… Deploring the banality of evil, Mr. Murray states:

Our legal advisors had decided that under the the UN’s Convention against torture, it is not illegal to obtain or use intelligence gained from torture, as long as we didn’t do the torture ourselves. I just couldn’t believe this! He was a nice man… Sir Michael Wood… and I thought how can someone?? – YOU’RE TALKING ABOUT CHILDREN BEING TORTURED IN FRONT OF THEIR PARENTS, and you’re saying: “Well I don’t think Clause 4 quite covers it, given this particular legal meaning of the word “COMPLICITY”.

2 Responses to March to Canberra with Christine Assange – Nov 17th