Here we discover DARPA’s brilliant new program for “automatically generating and distributing believable misinformation”. The idea is to get hackers to distribute the material that “rings home” when opened, “perhaps” revealing the location of the computer on which it is being read. OK… I see two problems here:

If the information is to be believed, it must contain stories of wrong-doing by governments and/or corporations – in other words, bad publicity for the institutions DARPA is trying to protect. And if the information is distributed before they catch the hackers (whether that’s necessary or not to prosecute them) many people WILL believe the stories and react. Nice one. We’ll call it: Operation-Cut-Of-Your-Nose-To-Spite-Your-Face

The other problem is that hackers may re-distribute data without opening it. In that case, once again, they get the wrong guy.

Surprisingly, he’s leading the Department of Defence project from the Computer Science department of Columbia University, but the idea was not born there. HB Gary proposed the virtual honeypots “master plan” about a year ago. 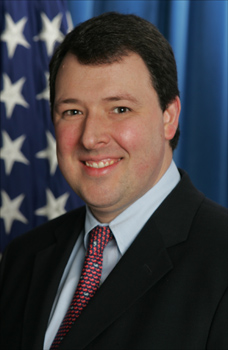 Marc Thiessen (pictured above) rejoices in his article: ‘Three ways to undermine WikiLeaks’ that this “could be the death blow to Julian Assange’s criminal conspiracy”.  He is particularly delighted with Part 3: DENIABILITY.

“Perhaps most important, the existence of the fake documents creates plausible deniability the next time WikiLeaks publishes what it claims are classified documents. Even if the leaked documents are real, the U.S. government can claim they are not—and the leaking organization would be hard-pressed to prove otherwise. Foreign partners of the United States whose confidential conversations and information is exposed can similarly deny the accuracy of the information, mitigating the damage of any future leaks.”

Well tell me this Marc: if government are ready to openly admit that they are disseminating lies, whilst denying everything – including the truth – then how can the media, or the people ever trust them again?

When one reads: “allowing them to follow the “digital breadcrumbs” as the documents are shared, so they can identify anyone involved in the conspiracy”, one must conclude that DARPO are proposing to track EVERYONE that opens the document! Well that certainly could lead to a lot of “adversaries” that would have to be lied to…

In a month or so, we are guessing that this plan will be fondly remembered as DARPA’s DOA, given its penchant for risk-taking with client reliability.