Please take a moment to consider the fundraising campaign of Petite Pointer for a feature-length documentary about Wikileaks. There’s something about that girl’s films…

To all supporters of Julian Assange, Wikileaks and Bradley Manning…

My name is Petite Pointer, and I am a filmmaker and visual artist. I made the films: “I Am Bradley Manning“ and “Wikileaks 2012: Year in Review“

Hollywood has taken to making films about Wikileaks: from “The Man Who Sold the World” to “We Steal Secrets: The Story of Wikileaks”, the latter of which is currently premiering at the Sundance Film Festival. Despite the big name actors appearing in these films, I know that they are guaranteed to leave people in the dark, and distort what Wikileaks and Julian Assange are all about.

As citizen journalists, filmmakers and artists, we too use reliable research as well as creativity, to tell stories unlike the way you hear them in mainstream media, nor in Hollywood films – without bias or perspective.

Click here to participate in the funding of my film:

“Why Kill the Mockingbird Mr President?”

This is one of a trilogy films surrounding the topic of Wikileaks, Bradley Manning and Press Freedom. It is a documentary that explores the history of persecution and censorship in journalism; raising questions that have been debated throughout history:

How can a journalist, or his work be considered “terrorist”?
Do leaks necessarily put people’s lives in danger?

Were the same questions asked about Gutenberg, Loret or Zenger? In order to answer these questions, we have to understand how we got here, and how we are hurtling once again towards the abolition of press freedom.

The funds we’re hoping to raise are only a part of the budget, but will allow us to cover the production costs, equipment, travel and crew. Yes, it’s a high number, but we didn’t just pull it out of thin air. The entire production has been budgeted and scheduled from start to finish. We know what it is going to take to bring this film to its audience. Any donation, no matter how small or large; and the more people who donate: the better we can achieve our goal to make this film possible.

As a community of citizen journalists, we need to look at the whole picture to understand what’s really going on and educate viewers with the right information. 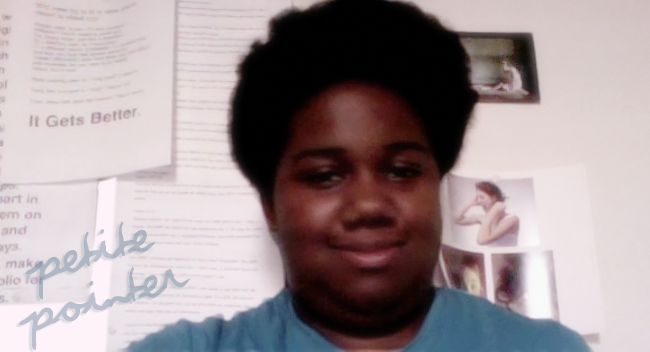 Petite Pointer: fundraising for her new film: "Why Kill the Mockingbird Mr President"

We will start shooting in April of 2013, but how long that shoot will be is directly proportional to our budget. We need you to help us carve out as much shooting time as possible. I really want everyone to get involved with this. Together we can create ideas that can change things.