An evening of learning, proposed by Federal Greens , to keep us safe online. And what an excellent job Dan Bryant did of making both the why and the how clear in his workshop. Dan is a ‘conscientious objector’ systems engineer from the private sector, who joined the Greens to help refugees and keep the internet a fair playing field. 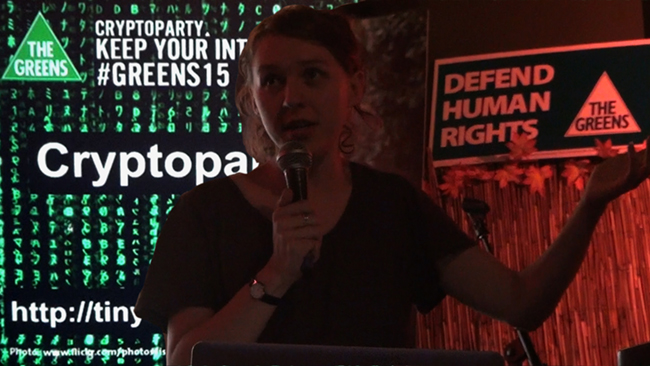 CRYPTOPARTY LIKE IT'S 1984 systems engineer and tutor - DAN BRYANT

The event is in 4 parts, and I’ve documented that into 3 films; the fourth being an interaction with the audience (whom I did not film for the entirety of the evening). The first is a preamble from Greens MP Jamie Parker and Senator Scott Ludlam; the second a cyber-security work-shop; and the third a Q&A with Ludlam and NSW Greens Candidate for Newtown, Jenny Leong. 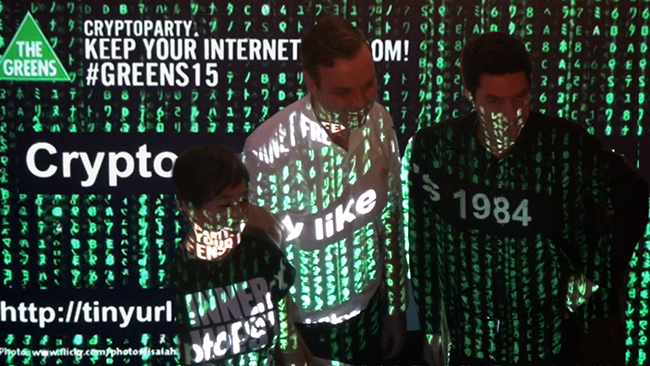 Aussie, Aussie, Aussies… whether or not you like knights and dames, methinks it’s time to castle. With both major parties bull-dozing their way into our private lives, with the , on *someone’s* behalf, the sensible reaction is to don the Invisibility Cloak. Go Dark! This trove of Australian metadata will likely become a target for penetration and theft world-wide; so best not to allow one’s own data-set to become vulnerable. Hell knows they haven’t thought it through about how to compensate us, if we all get robbed. 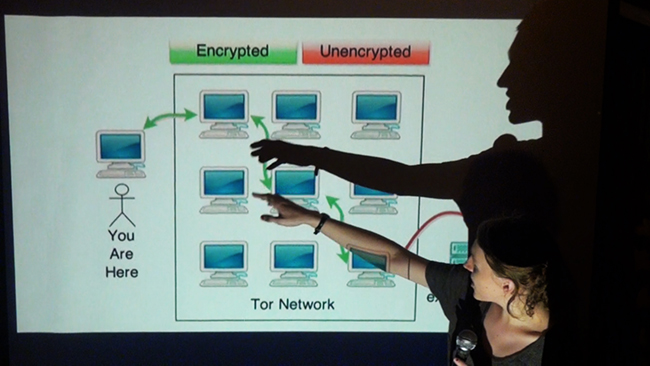 It’s been suggested that the invasion of everyone’s private correspondence, without a warrant, is in the interest of ‘national security’ and fighting crime. It’s been pointed out that metadata retention provides ‘evidence’ to sue you, for downloading ‘Game of Thrones’. Big Pharma might also be on your back one day, post-TPP, for buying your medication at a cheaper price online.

What I fear is that global surveillance provides a means for a global elite, to learn the ‘Deepest Secret Fear’ of any opponent; and to thwart their every move in advance. Metadata essentially monitors networks of communications, not just individuals; so this power extends over groups of all kinds, be it political parties, unions, journalists or activists defending their water supplies and farmlands.

The Greens are the only large political party opposing this ‘accident waiting to happen’ / totalitarian-corporate take-over. Senator Ludlam has decided to spread the word, far and wide, on how to really protect Australia. Every technique you learn in this workshop is entirely legal, and safe for use. If you can get yourself a decent VPN (virtual private network), it may even speed up your internet connection.