JOHN PILGER – A WORLD WAR HAS BEGUN: BREAK THE SILENCE

“I have been filming in the Marshall Islands, which lie north of Australia, in the middle of the Pacific Ocean. Whenever I tell people where I have been, they ask, “Where is that?” If I offer a clue by referring to “Bikini”, they say, “You mean the swimsuit.”

Few seem aware that the bikini swimsuit was named to celebrate the nuclear explosions that destroyed Bikini island. Sixty-six nuclear devices were exploded by the United States in the Marshall Islands between 1946 and 1958 – the equivalent of 1.6 Hiroshima bombs every day for twelve years.

Bikini is silent today, mutated and contaminated. Palm trees grow in a strange grid formation. Nothing moves. There are no birds. The headstones in the old cemetery are alive with radiation. My shoes registered “unsafe” on a Geiger counter.

Standing on the beach, I watched the emerald green of the Pacific fall away into a vast black hole. This was the crater left by the hydrogen bomb they called “Bravo”. The explosion poisoned people and their environment for hundreds of miles, perhaps forever.

On my return journey, I stopped at Honolulu airport and noticed an American magazine called Women’s Health. On the cover was a smiling woman in a bikini swimsuit, and the headline: “You, too, can have a bikini body.” A few days earlier, in the Marshall Islands, I had interviewed women who had very different “bikini bodies”; each had suffered thyroid cancer and other life-threatening cancers.

Unlike the smiling woman in the magazine, all of them were impoverished: the victims and guinea pigs of a rapacious superpower that is today more dangerous than ever.

I relate this experience as a warning and to interrupt a distraction that has consumed so many of us. The founder of modern propaganda, Edward Bernays, described this phenomenon as “the conscious and intelligent manipulation of the habits and opinions” of democratic societies. He called it an “invisible government”.

How many people are aware that a world war has begun? At present, it is a war of propaganda, of lies and distraction, but this can change instantaneously with the first mistaken order, the first missile.

In 2009, President Obama stood before an adoring crowd in the centre of Prague, in the heart of Europe. He pledged himself to make “the world free from nuclear weapons”. People cheered and some cried. A torrent of platitudes flowed from the media. Obama was subsequently awarded the Nobel Peace Prize. 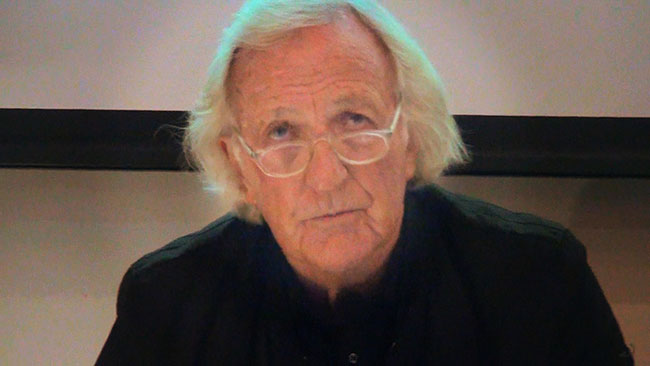