PAULINE HANSON’S ONE NATION ARMY ON THE RISE

After a 20-year hiatus, Australia’s most notorious populist Far Right politician has risen to power again. Pauline Hanson came out of the woodwork in 2016 to run for the Australian Senate, and win 6 seats for the Pauline Hanson One Nation Party.

One Nation has been accused of “xenophobia”, homophobia, climate denial and contempt for Aboriginals, welfare recipients and trade unionists. Hanson’s career began in the mid 1990s, when she asserted that Australia was being overrun by Asians. Today, it’s Muslims, and Senator Hanson’s call for a halt to Muslim immigration has fuelled Islamophobic sentiment around the country, and divided the nation.

‘ We’re coming after you and your jobs’

Pauline has recently declared: ‘”We’re coming after you and your jobs” to the current political leaders of her home-state Queensland, where she has garnered her strongest support to date. The One Nation leader has rallied an army of 36 candidates for the 2017 state election. Given that over half a million Australians voted One Nation in to the Senate at the 2016 Federal election, both of mainstream parties have good reason to quiver in their boots… 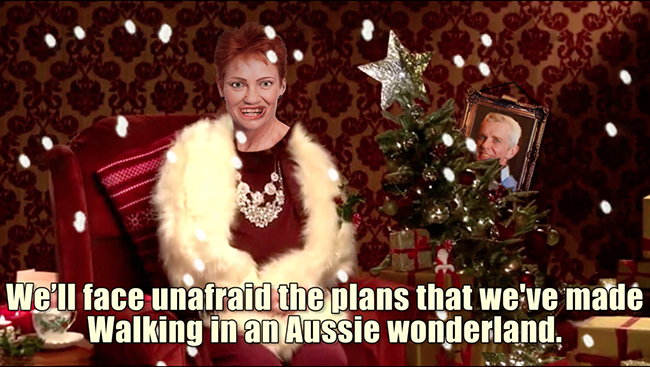 Pauline Hanson - she's coming to get you...