Wikileaks (via 99designs) recently ran a contest for the design of a new T-shirt. Results will be announced in a week, but a first round of judging was done as the entries arrived, with variable star ratings appearing next to each image. Of the 989 entries received, about half were eliminated, even some that had initially earned a 4 out of 5-star rating. Here is one of our favourites from the Salon des Refusées.

One could say: “Nice design; shame about the T-shirt”. 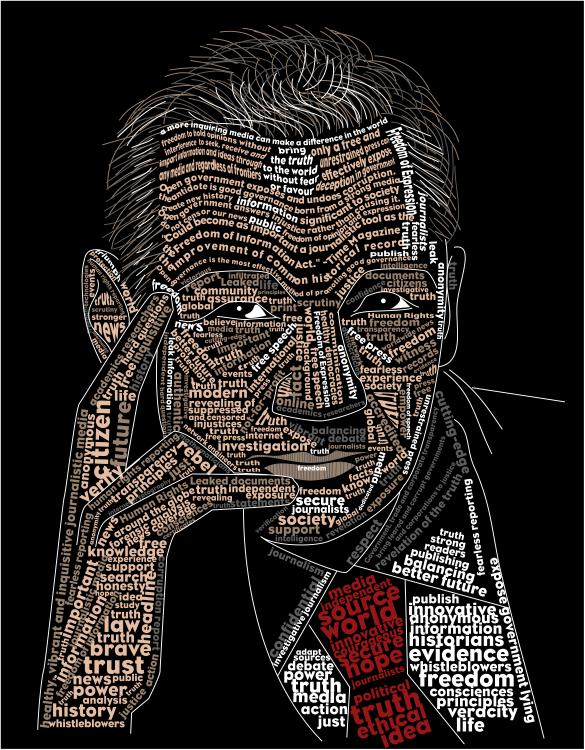 Artist, musician, nerd
View all posts by CaTⓋ →
This entry was posted in ARTS, NEWS. Bookmark the permalink.