Assange ‘ready’ to confess all for Red Nose Day

Wikileaks lawyers say that Julian Assange, the alleged serial-rapist and traitor, is ‘ready’ to do his part for Red Nose Day on March 11th 2011 by confessing all on the BBC’s live telethon in the UK. Previously reported as ‘vehemently denying’ Swedish and American allegations against him, there was a sudden sign of movement on this position today in a statement from his London lawyers who said:

“Although we will continue to fight Julian’s extradition and claim a smear-campaign against him orchestrated at the highest levels of international government, we may at the last minute do an about-face if it will help Comic Relief’s efforts to end world poverty” 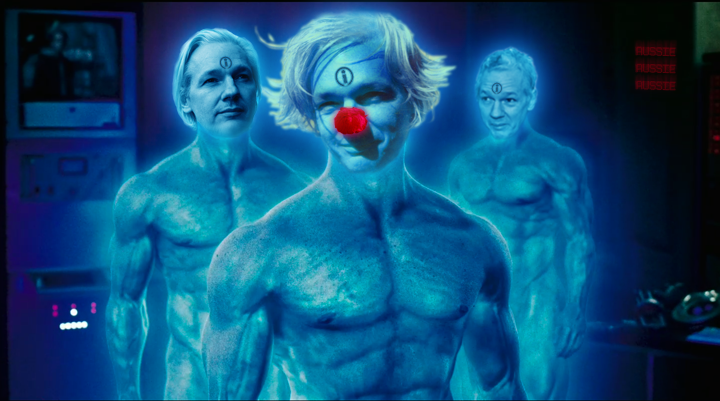 The 39-year-old Australian sex-fiend, recently released from Wandsworth prison, has, according to friends, been concerned that left-wing donations to Wikileaks are in decline after he started dressing as a country-squire at the Norfolk mansion loaned to him by wealthy supporter Vaughan Smith. A close friend said:

‘Julian is worried that left-wing groupies like Naomi Wolf will desert him now that he is setting pulses racing amongst to-the-manor-born socialites like Jemima Khan. He has told me that he is prepared to do his bit to help the starving if it will reverse this trend’

“The likelihood of a popular backlash if Assange is prevented from wearing a red-nose on March 11th could make certain people’s positions untenable in the short-term” said a source.

A spokesperson for the Comic Relief charity which runs Red Nose Day in the UK admitted they are delighted with the offer.
“Julian’s potential sex-appeal to all sections of society could be enhanced considerably by helping us raise money and I’m sure he’d have a laugh while doing it as well”﻿