Jennifer Robinson – The Wikileaks Experience from CaTV on Vimeo.

Sydney, 18/11/11 – Invited by the AAL (Australian Academy of Law), the RULE OF LAW Institute of Australia and Macquarie Law School, Jennifer Robinson delivers the keynote address at the inaugural conference of the Centre for Legal Governance. The theme for the day: “Tomorrow’s Law: Disclosure of Information – Balancing Public and Private Interests”.

The conference addressed issues which are of on-going concern for the state of our democracy and the rule of law, and include whistle-blowing, censorship and classification, and journalism and the public interest.

“Jennifer Robinson, Julian Assange’s lawyer, gave us a passionate keynote address, telling us about the trials and tribulations (literally) of Wikileaks and of the only person I have heard of who is the subject of an unauthorised autobiography… 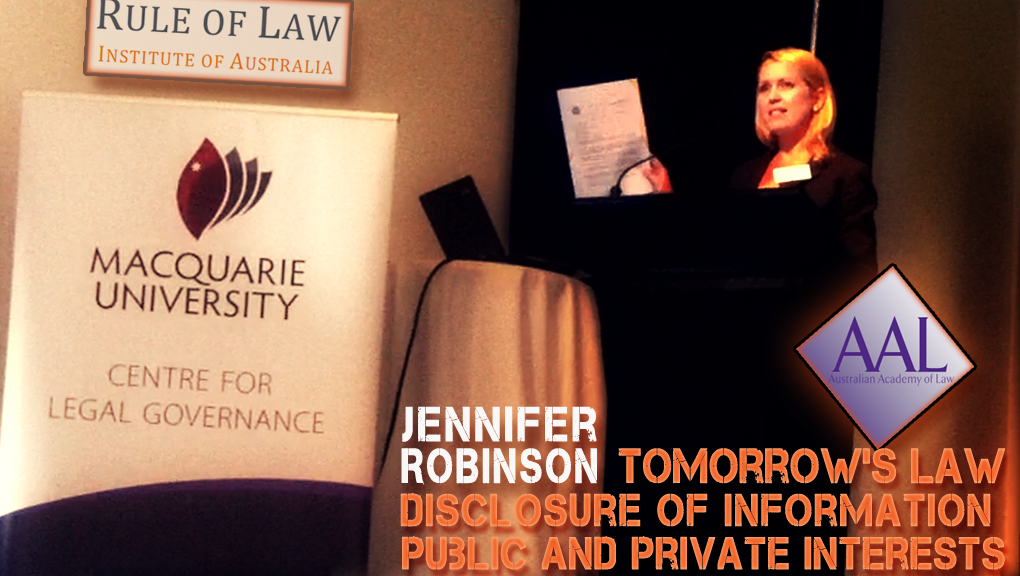 The Wikileaks saga raises these questions. At one level it is self-evident that publication of a treasure trove of hitherto secret documents can only boost governmental accountability and transparency. On any view, there is an overwhelming public interest in revealing human rights abuses by governments, whether with claims to be democratic or not. Similarly, there is an overwhelming public interest in disclosing the true basis for major political decisions, particularly those involving armed conflict. It is also true that the dangers of releasing hitherto secret information have been much exaggerated – the grave consequences feared by many governmental agencies have generally not come to pass and certainly there can be no excuse for intimidatory extra-legal tactics directed at the publishers of leaked material and at or those who represent them.”