Singer Holly Tannen asked her aunt Sophie, who is a British citizen, to write a letter to her local MP about Julian Assange. Apparently this is what she wrote:

I am an eighty-five-year-old Englishwoman living in a cottage outside Posslethwaite, miles from any other human habitation. My nearest neighbors are the farmers across the way, whom I watch every day herding their cows and repairing their dry-stone walls. The closest pubs are The Inseminator’s Elbow in Farmington, twenty kilometres, and The Cracked Code in Hackerdale, thirty-five kilometres – neither, it goes without saying, an establishment suitable for a lady. 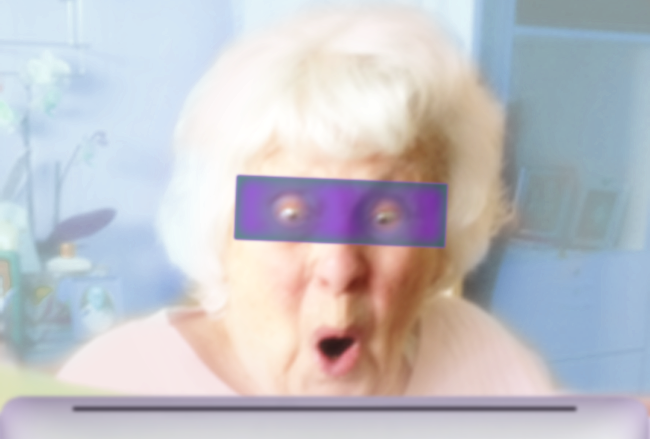 Aunt Sophie is not watching The Love Boat

Life would be bleak indeed were it not for my Internet connection. I used to spend hours numbing out with Monty Python re-runs, Sex In The City, and The Tudors. To keep my mind sharp I watched those TED talks. Then I saw one filmed in Oxford, an interview with a nice young man with white hair.

Three minutes into the young man’s talk, his mobile phone goes off. “Goddamn it,” he says, blushing and giggling, all legs and elbows as he reaches into his pocket to retrieve the fiendish thingie. The host ad libs, “It must be the CIA calling to ask about the code for a TED membership.” 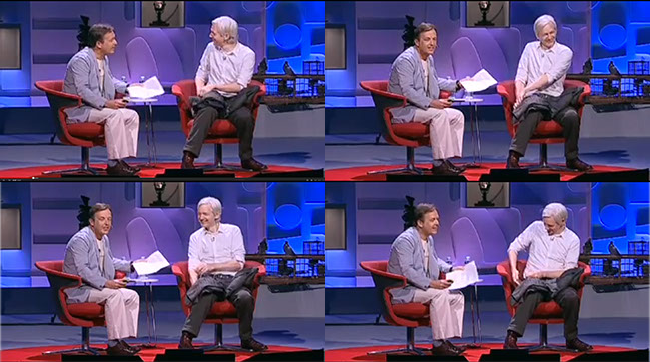 I was not the only one.

This woman AA, for instance – right piece of work. Calls herself a lesbian, runs a lesbian nightclub called Fever. She invites the nice young man to give a talk, tells him she’ll be gone, he can stay at her flat. Comes back a day early and offers to take him to dinner. Afterwards he can share her bed, or sleep on a mattress on the floor. Not the most difficult choice he’s ever had to make.

At some point they get into The Tussle Over The Condom. We’ve all been there. Most of the time you give in, because it’s a turn-off to fight before you f – make love. It’s also a turn-off to worry about getting pregnant or catching a disease, so you feel bad afterwards.

But that’s not “rape.” I read that neither the lesbian nor the cashmere – sweater girl used that word. The police used it, and leaked the story to the tabloids. They wanted to stick it to the nice young man because he  said they weren’t holding corporations and governments accountable. So they outed him – and the women. Once one paper cried rape, all the others took it up, without examining the evidence. Proving his point that they had no interest in “scientific journalism.”

I showed Gertie from Wensleydale a video of the nice young man accepting an award at the Oslo Freedom Forum. He wore jeans and a white shirt and carried a small laptop. He was so tall he had to bend over the microphone, shifting from leg to leg. His hair flashed silver against the blue backdrop.

A gentleman came up to him afterwards. “You are the only one which is sounding like a pure angel.” 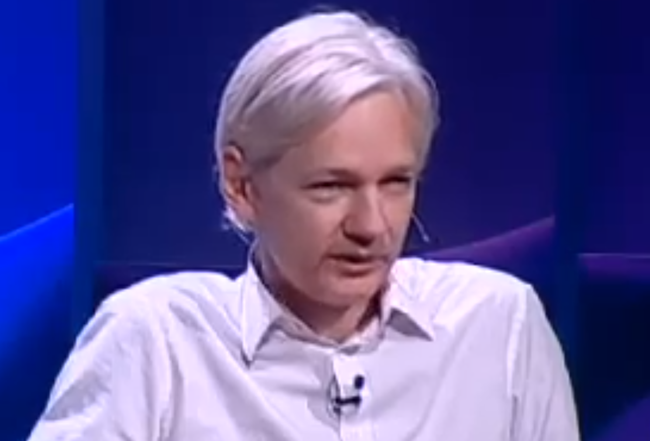 Julian Assange at TED - click on image to watch

Gertie laughed and laughed. “That man never had to rape anyone,” she said. “That man is fighting them off with a stick.”

If you are determined to put someone in prison, why not that vacuous Yank hacker who turned in the gay bloke? Says he’s a minister, rats on the kid, turns him over to the Feds to be tortured, then claims it’s the fault of the nice young man.

Who’s paying him, I wonder. They should put him in a cell with the Swedish lesbian. He’d be a puddle on the floor in three days. Judas.

In closing, I beseech you to vote your conscience and do the right thing. You are going to have to live with this decision for the rest of your lives. US government officials say the nice man has “blood on his hands” – talk about pots and kettles! I pray you won’t end up with blood on yours.

Your most humble and obedient servant,

One Response to Aunt Sophie’s Letter…