DID YOU HAVE ANY IDEA? with Spencer ZIFCAK

“President Rafael Correa, thank you for following my email link. I had the honour of interviewing Spencer Zifcak, Professor of Law and President of Liberty Victoria, on the subject of Julian Assange and Wikileaks. He confirmed my own perceptions that Julian has suffered much more than abandonment by his government. Please consider Professor Zifcak’s learned observations in your judgement regarding Mr Assange’s asylum plea. I also have a few things to say…

A good point was raised at a Wikileaks event in Canberra last week from a member of the audience. The gentleman said he was amazed that Julian Assange had not sought asylum in the Embassy of his own country. This raised a lot of laughter and acknowledgement from audience and panel members.

In 2010, our Prime Minister Julia Gillard, with the expertise of a lawyer, claimed that Assange had committed “an illegal act”, and to this day will not retract her statement. Robert McClelland, Attorney General at the time, added no more than his two cents worth by bluffing the intended confiscation of a passport.

In 2011, the Australian Government signed an alliance with the US, which affirms that their enemy in “Cyberspace” (ask William Gibson) is ours. And since then, Australian legislation has changed so much that this country can no longer be a safe harbour for Julian Assange. Like the US, we have become conveniently “blurred” in our conception of the rule of law.

In May 2012, on a live TV show (ABC’s QandA), another Attorney General Nicola Roxon declared that Mr Assange had fled Sweden, which is, as we know, untrue. On that occasion, 79% of Australian viewers voted that the government had not done enough to help Julian. How polite of the ABC to suggest we put it that way. Subsequently, our Foreign Minister Bob Carr actually phoned in to a radio interview with Christine Assange, to insist that the US had not even “hinted” intentions to extradite her son. Days later it was officially acknowledged there was a grand jury investigation and over 42,000 pages of documentation. In Australia, we prefer to call it “taking the piss”.

The executive branch of the Australian government is not the only source of false information regarding Julian Assange. Concertedly, most of the mainstream media in Australia, the UK, the US and Sweden persists in citing “charges” that do not exist, in just about every article that is written. On the popular subject of sex crime allegations, none I know of have mentioned the not-so-recent lab reports, which indicate that vital evidence used to re-open the Swedish investigations is false. That might have made everyone stop and think.

Why so many misrepresentations of the law and the facts, among so many of “the few”? And what can “the many” do?

I started a personal project called “Did You Have Any Idea?” to correct, in small but rigorous way, the damage done to Wikileaks and Julian Assange by misinformation. It was my aim to be a vehicle for accurate information and speculation about the role of Wikileaks. Through my meagre platform, an equally astonishing number of journalists, lawyers, public figures and grass roots supporters have spoken out.

I stand amazed as Australian citizen, that our government has not only denied effective support of Julian Assange, but actively facilitated the US’s attempts to deprive him of his liberty, and in conjunction with dominant media, continually defamed him.

I beg your government to protect our fellow Australian, even for those who remain unaware of the persecution he has endured. Mr Assange’s Senator polls have been very high, and we would ask you to keep him safe for us until we can vote him home.

“[Julian Assange] has serviced us, and the world, with such distinction and bravery”
John Pilger 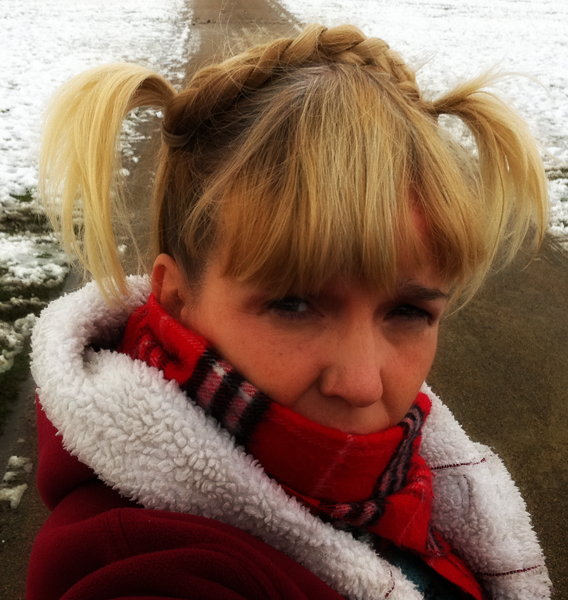 SZ: What I’d like to do in this brief discussion is reflect from the perspective of the rule of law about certain statements made by leading political figures in Australian with respect to the disclosure of the WikiLeaks documentation. The statement that got me interested in the whole issue was the first made by Australia’s Prime Minister, Julia Gillard when the first trounce of WikiLeaks documents exposing the US State Dept. discussions and observations came forward and what Julia Gillard said at the time, and I’m quoting her is I absolutely condemn the disclosure of this information on the WikiLeaks website. It is a grossly irresponsible thing to do and an illegal thing to do. Now, from a civil liberties perspective it’s remarkable to me that a Prime Minister should have delivered this statement with that measure off certainty. It’s remarkable for the following reasons:

Now, the effects of that statement where potentially serious, they were serious because they tended to deny Mr. Assange the presumption of innocence. They clearly prejudiced his prospect of a fair trial in Australia and possibly the United States and they were statements that preempted the outcome of any legal proceedings by in effect declaring him guilty of offences unidentified, in advance.

The response of the Australian Attorney General was almost as bad. The Attorney General Robert McClelland began his intervention by saying that if Mr. Assange come back to Australia and had broken any law, then he wouldn’t be welcome. He made then an even more startling claim which was that even if Mr. Assange hadn’t broken any law his passport may finally be cancelled. Now here, a person’s passport can be cancelled in Australia only if the relevant statutory requirements are met. The final decision isn’t for the Attorney General; it’s a decision that would need to be made by the relevant Commonwealth authorities on the basis of certain statutory criteria. The idea that the Attorney could order his department or the Immigration Department, simply to remove Mr. Assange’s passport is quite astonishing, and again a statement that takes that step well beyond our recognition of what is required by Australian law.

Next the Attorney made it clear that without any evidence of any evident breech of Australian law that Australia would support any law enforcement action taken in the United States. What he said was, the United States will be the lead Government in this respect but certainly Australian Agencies will assists…well. How could he possible make such a statement when no charge had been initiated and no law had yet been identified as one that Mr. Assange or the WikiLeaks organisation may have broken.

The other thing about the Attorney’s statement we might well ask, why would we be helping to hunt down Mr. Assange on behalf of the United States, seemingly in the absence of either a law or substantial evidence that any offence had been committed? So, those statements were extraordinarily prejudicial and had the effect of attacking Julian Assange’s fundamental human rights, as they are recognised, not just in the United Kingdom and the United States, but also here in Australia. It was an exceptionally strong response but legally speaking an exceptionally ill informed response.

CV: As far as I know she hasn’t made any official statement to say ‘I was wrong’. It was just a little watered down a couple of days later.

SZ: It was watered down a little bit later, what she said a couple of days later was that it’s clear that an illegal act has been committed and the illegal act was the initial disclosure of the documents.

SZ: Well of course, that’s the thing I neglected to mention. If they’re going to go after WikiLeaks, then they have to for purposes of consistency go after the New York Times, the Guardian, el Piesa, Lamonds and all of the other international newspapers that published in parallel.

CV: That right and I think that’s why it’s awfully disappointing when the New York Times tried to claim that Julian was a source rather than a journalist but he’s had a nice little Walkley since and you know, he’s had his press card for a long, long time so, I think that doesn’t hold water either. But is was a very, very dirty trick that they played on him. Andrew Fowler seems to think that’s jealousy and from the Governments that’s fear.

CV: Yeah, in both cases and I think panic reaction. Panic reactions shouldn’t be seen from leaders, they should talk to people like you before the make statements.

SZ: Well, it’d be good if the Prime Minister who is a lawyer and the Attorney General, who is a lawyer, had a bit of a look into the law before they burst into print about all these things because they are quite wrong in almost every facet of what they said.

Spencer Zifcak is President of Liberty Victoria and Professor and Director of the Institute of Legal Studies at Australian Catholic University. He has held appointments as Visiting Fellow at Trinity College Dublin, Wolfson College Oxford, the Faculty of Law at New York University and at the UNESCO Centre for Human Rights Education in Bratislava, Slovakia. He obtained his PhD from the London School of Economics and Political Science in 1992. Professor Zifcak researches and teaches in international law, comparative constitutional law and human rights law. He has written several books and has published more than a hundred articles in these fields. He is the legal adviser to the present political campaign for a Federal Human Rights Act. He has been principally responsible for the drafting of a model Human Rights Act. 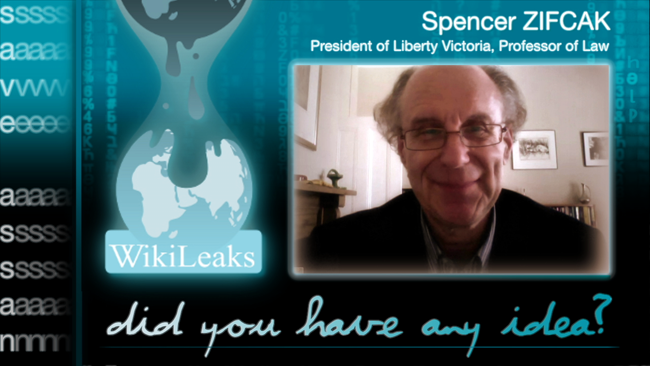 Spencer Zifcak, President of Liberty Victoria and Professor of Law at the Institute of Legal Studies

Artist, musician, nerd
View all posts by CaTⓋ →
This entry was posted in ACADEMIC, EDITORIAL, LIVING PROOF. Bookmark the permalink.