Check your local Anonymous postings for where to meet on November 5th…
Anonymous Sydney will assemble at Martin Place, 2pm 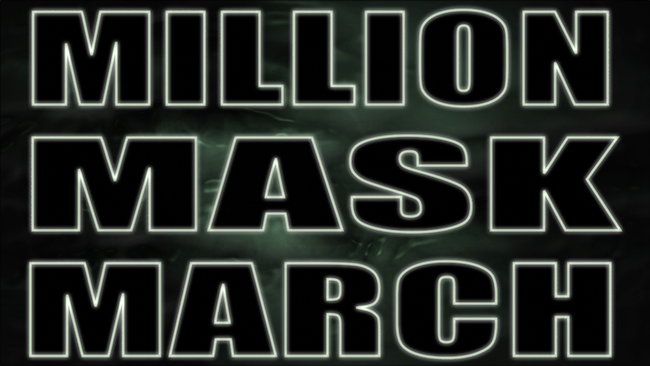 Recently, the largest mass gatherings in the history of the world have occurred globally, yet mainstream media has remained silent on this matter. What little has been reported, has been given political spin, and/or largely discredited, and misrepresented.

WE ARE MARCHING AGAINST MAINSTREAM MEDIA BLACKOUTS, AND WHITEWASHING OF CURRENT WORLD ISSUES, THAT THE PEOPLE OF THE WORLD ARE ADDRESSING PEACEFULLY, UNITING AGAINST CORRUPTION!

WE ARE ANONYMOUS!
WE DO NOT SUPPORT TYRANY OR TERRORISM IN ANY FORM!
WE ARE THE HUMANITY THAT IS NOT BEING REPRESENTED.

Each one of us has our own path, but each share the same goal!
A free humanity!

Every being has an in-alienable right to their own ideas and expressions, and censorship of the Internet and Mainstream Media will not be tolerated by the 99%!

In DIRECT NON VIOLENT PEACEFUL RESISTANCE the people of the world wish to restore justice in the rule of law, and stand united in educating and raising awareness against tyrannical ideology, and practices of government agencies and corporations, the organised criminal class.

The power of the people stands against the corrupt corporate actions of the 1%, whom having the combined income of the 99% of humanity, use illegally acquired resources to fund scheming systems that do not benefit humanity as a whole, but have instead indebted the citizens of the world into hunger, wars, poverty, and slavery, while raping and pillaging earth’s natural resources, for the purpose of profiteering.

The purpose of the global Million Mask March is on one hand, to ensure open source social dialogues, free from censorship, helping to inform, educate and raise awareness on a variety of inter-related topics and events that are currently occurring around the globe, and which are being censored by mainstream media, and its corporate agenda. 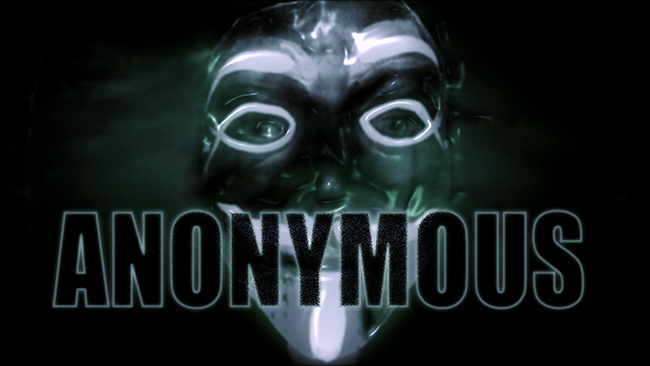 On the other hand, Anonymous Internet activist culture is no longer confined to a virtual platform and has extended and incorporated performance art into its arsenal on the streets. We wish to familiarise people who have fallen prey to media vilification of dissenters and activists, with the true purpose of Anonymous: peace and unity.

We are not an official organisation! We are a collective and a movement! We are an ‘Idea’ that is freely shared and supported by humanity, whose solidarity lies within Love, Peace, Equality, Freedom and Justice for all!

The Million Mask March will high-light the following injustices that have and are still taking place:

Mainstream Corporate Media, working with its own corporate agendas, censoring and creating media black outs concerning serious world issues that impact the lives of the majority of humanity, the 99%!

Genocide of all indigenous cultures around the globe, whose sacred land we walk on. We stand against the continual white-washing of such history, and the continual injustices indigenous people face today, as voiced by the current movement ‘IDLE NO MORE’!

WAR in all forms from all sanctions! The military industrial complex and its subversive actions, that have no transparency; whose lies and false intelligence serve to protect corrupt corporate government tactics, orchestrated military invasions and sanctions that are killing innocent civilians globally for the purpose of profit, and stealing resources.

The illegal detention and mistreatment of WHISTLE-BLOWERS, such as Chelsea Manning and others who have sought to expose illegal operations.

Banking Cartels and Austerity measures that turn us into debt slaves, while being protected by government bail-outs when they fail.

Inflicted Homelessness, as a direct result of Austerity measures, and crippling debt structures, designed to fail.

Monsanto patenting of nature’s seed banks, attacks on farmers, stealing their lands, manipulation of our foods via G.M.O., chemical technologies and pesticides that are a health hazard and threaten extinction of nature’s plants, foods, and bees.

The N.S.A. and PRISM government programs that spy on citizens globally, taking away all privacy rights via warrant-less searches, and infiltration of the people’s use of the Internet and social media.

Police corruption and brutality! Police now operate in ‘Asymmetrical Policing’, no longer protecting the rights of the people but of corporate interests. They support schemes designed to raise revenue and profits. They engage in the racial profiling of minorities and activists in general, and interfere with the political rights of protestors and movements, by following a corrupt chain of command!

The T.P.P.A, or Trans Pacific Partnership Agreement, that takes away people’s rights and powers, by supporting a large variety of controversial topics, related to the aforementioned points, but also, the patenting of medicine and censorship of Internet. It is nothing more than a corporate bill of rights that allows international signatories to hold power over any country, and dictate industry markets according to the 1%

The Coalition’s ‘War on Terror’, and the extended use of the word “Terrorism’, in order to portray and discredit any individual or entity that dissents against government and corporate criminal actions, which are nothing short of terrorist actions themselves! The people have long demanded a real investigation and inquiry into the actions that have been used to justify invasions, wars, and the cultural profiling of dissenters as terrorists.

Join the Million Mask March on November 5th, and let the 1% see just how much they can… 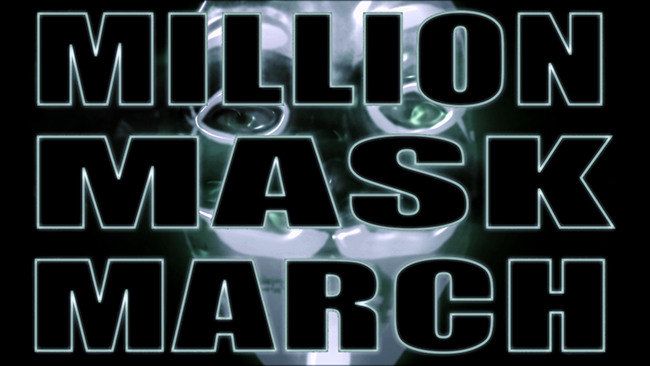