Who is strong, Wikileaks or US? 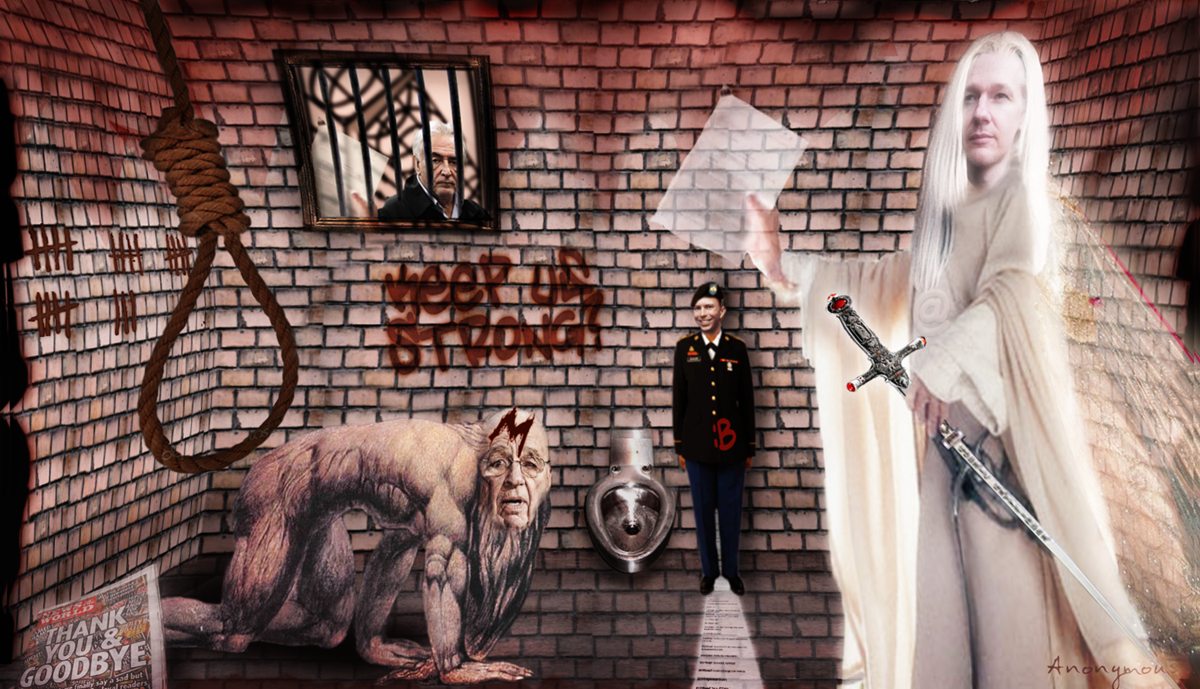 As Ash Pemberton aptly pointed out in his July 16th article: ‘WikiLeaks vs News Ltd: Jail Murdoch, not Assange’, there are some poignant comparisons to be made between the cases of News Ltd and Wikileaks. The error one could still make is to believe that both have something to do with hacking…

Murdoch’s press were caught hacking; stealing sensitive, personal information from hundreds of people as well as engaging in widespread police bribery. Their motivation was to produce trashy, sensationalised stories to make money.

WikiLeaks stole nothing: the secret US cables it published were given to it by an anonymous source, who most probably didn’t have to hack it. Both the alleged whistle-blower’s and Wikileaks’ motivation was to expose lies and human rights abuses, and to make powerful people accountable for the decisions they make behind closed doors.

One could take a few seconds to weigh up these two cases from a moral point of view, but there is a legal difference that strikes me as more pertinent. Wikileaks is in a position to SUE and Murdoch isn’t…

Ironically, due to freedom of speech laws, Wikileaks can’t sue Murdoch for leading the “criminalisation” of their activities in the “eyes of the world”, or the Australian PM for initially “making a mistake” (based on Murdoch’s call?). The Australian Government however has cleaned that one up by issuing a formal statement that it has found no evidence of wrongdoing by Wikileaks.

Unfortunately Wikileaks can’t sue leading American and Canadian politicians either, for incitement to murder (calling for Assange’s assassination) since there are laws in place that grant immunity to these individuals when they speak to the masses…

They can however, and are suing Paypal and Mastercard, for “independently” engaging in an orchestrated blockade of their company’s financial activities, and maintaining this blockade for 6 months, even after it was established in January 2011 that their clients — both Datacell and Wikileaks – were not violating any terms of service. This, it would appear, is in serious breach of Articles 101 and 102 of EU Competition Rules.
http://www.youtube.com/watch?v=kXoHIh6LJLo

It’s nice that the law will potentially “follow the money”, but once again from a moral perspective, it is not surprising to hear onlookers, such as Dave Neal from the Inquirer, comment:
“They have no problem transferring money for businesses such as gambling sites, pornography services and the like…”
Why not add the KKK to the list while we’re at it?

Murdoch’s press is not alone in printing misinformation about whistle-blowers, or in NOT printing the truth, the whole truth and nothing but the truth. It is alleged that Wired Magazine cut a deal with the FBI to suppress 75% of Bradley Manning’s chat logs with Adrian Lamo. Wired claimed that only unrelated, personal information about Manning, or content relating to matters of national security had been omitted, but as Glenn Greenwald aptly points out, a lot of the “censored” material didn’t fit into either of those categories:

MANNING: It took me four months to confirm that the person i was communicating [with] was in fact assange”.

MANNING: he knows very little about me

MANNING: “lie to me” he says

MANNING: he wont work with you if you reveal too much about yourself

Omitted dialogue from the originally released chat logs is highlighted in bold, and one can see how even in a few lines, what was revealed out of context would grossly mislead the public. Greenwald justifiably sums up the significance of such redaction:
“Enabling false claims to be disseminated to the public on a vital news story — by withholding plainly relevant information that proves those claims false — is the opposite of the purpose of journalism…Does anyone need to explain how relevant that is to public discussions of WikiLeaks generally or the specific suggestions that Assange could or should be prosecuted as Manning’s co-conspirator?”

Jaraparilla.com goes on to conclude:
“This blows apart the US government’s protracted efforts to suggest that Assange actively enticed Manning to hand over the cables, and thereby charge the Australian with criminal activity.”

What I have gleaned after a first reading of the FULL CHAT LOGS is the following:

1/ That Manning made it clear throughout his extensive “tech-talk” with Lamo that he would have had no need to be coached by someone like Assange, in order to deliver the ‘Collateral Murder’ source footage to the Wikileaks drop box, and that to obtain it, he didn’t have to hack.

2/ That contrary to what Lamo stated to the press, he did not make a physical delivery of the material via someone involved involved in David House’s Builds group.

4) That Elie Wiesel’s words, in response to England, the Vatican, the US and Switzerland’s failing to warn thousands of Hungarian Jews not to board that train for a place called Auschwitz, just two weeks before the end of the war -
“Unmask evil. Name it; where it is and when it is, and don’t give evil a second chance”
- were undoubtedly the most motivating influence in Bradley Manning’s decision to denounce what he believed were military crimes.

It is clear that what remained would effectively screw Manning & Assange for a year, and get Lamo off the hook with the FBI… The burning question is why, one day after Assange’s extradition appeal, which seems to have gone extremely well for the defence, were the entire chat logs released? Is it because certain people realise that the game is up? And if so, who is the winner?

DSK, and the countries he was trying to help were clearly the losers when that “honey trap” game was terminated, with similar brevity and mystifying circumstances, but it’s not so clear what is going on here. No coincidence perhaps, that Murdoch’s hacking was exposed at the same time.

I saw ‘The Deathly Hallows – Part 2′ a couple of days ago with writer-friend K.OSMOSIS, and later in the evening we went through all these recent events online. “I feel like I’m still reading Harry Potter!”, he said. I thus conceived of Julian Assange holding the sword of Godric Gryffindor. Hopefully he will not have need of the Invisibility Cloak…

Get real reader, and know what you are subscribing to!

In his article ‘The War to Silence Wikileaks’ Elliot D. Cohen describes the press at its best as the people’s watchdog, and at worst, as traders in copy for perks. He concludes:

“So it is largely left to independent media like WikiLeaks to fill the void. In this sense, such independent online news sources are the most vital and reliable part of our Fourth Estate.”

“Keep us Strong”, they say, and I really do think they mean us.

One Response to Who is strong, Wikileaks or US?