DID YOU HAVE ANY IDEA? – with Nozomi HAYASE / RAP NEWS

We Are All We Need by Nozomi Hayase

My name is Nozomi Hayase. I am a writer at World Beyond Borders and WikiLeaks Central. I am one of those ordinary people whose life was changed by the Collateral Murder video.
This film shot WikiLeaks into public awareness and I think in a way, its release embodies what the organization is really about. It was an invitation, a call to participate in the unfolding of history. I remember how I discovered RapNews around that time with their creative effort to combat the US propaganda on WikiLeaks. I was struck by their statement: “History is happening” I thought -Yes, history is not just something to study at school. We can actively engage in its making.

It is clear that Collateral Murder helped reveal to the world the true face of modern war. But, I say the real significance of this video lies in the impulse behind putting it out into the world. It was like a small sliver of light shining through a blanket of darkness.
We live in a corporate state, and are implicitly told who to be and how to think. Our own views don’t count. Justice and politics have become the territory of professionals. The corporate media has become the gatekeeper of power and privilege. Western society worships expert knowledge of lawyers, journalists and academia, while discrediting individual knowing based on one’s own experience. WikiLeaks shook up the shield of professionalism by revealing the false authority of governance. This act ripped open the veil of secrecy. They reminded us of our dignity and the ability to take charge of our own lives.

I am sure I am not the only one that has felt this way. The Collateral Murder release was like an invitation. Like someone was asking; “What do you think? I want your opinion.” The message was that we really do matter. We are worthy of real dialogue and making important decisions that effect the course of our lives. One could say the bold actions of WikiLeaks revealed simple faith in ordinary people. I go further to say this is love; simple love for ones fellow human beings. I see this faith in people as the engine for Wikileaks. And since then, from the Arab Spring to the Occupy movement people are awakening to their own significance.

I believe the success of WikiLeaks has a lot to do with the kind of person Julian Assange is, especially in his tenacity and commitment to justice. While most people grow up corporate and give up virtues such as compassion, creativity and conscience along the way, Assange never compromised his courage and conviction that ordinary people are the source of all power.

For many around the world, this made him a kind of hero. At the same time he has been called an enemy of the State by the power. It seems that now an enemy of the corporate state is any person who strives to be free from an imposed identity from outside, to freely speak and associate with others of like mind, especially if they appear to question the current structure of power.

The US government’s attacks on Assange and WikiLeaks supporters are really an assault on all people’s exercise of freedom, something that is fundamental for any real democracy. The extradition of Assange is a subversion of criminal process for desperate political aims. What is happening to Julian can happen to any one of us.

If standing up for justice makes a person an enemy of the State, a traitor or terrorist, I say so be it. But, I will not support a society that outlaws the very thing that makes us human.
First they came for WikiLeaks, and Anonymous stood up because WikiLeaks stood for freedom of speech. Then they came for Bradley Manning and around the world people stood up because whistle blowing is a heroic deed. Then they came for Julian Assange and I am standing up because he stood up for all of us. Now, it’s time to stand up for one another. When people are truly united, there is no need for anyone else to stand up for us.

We are all we need. 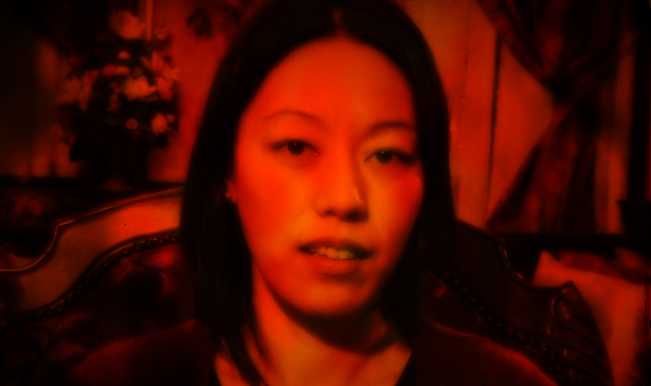 3 Responses to DID YOU HAVE ANY IDEA? – with Nozomi HAYASE / RAP NEWS