May 18, 2014.
50,000 people have just rallied across Australia to protest the Abbott Government’s extreme Budget cuts and levies. It appears that all three of the other major Parties have been shocked into contemplating an Alliance to block the Budget and remove the government, whose choices have almost exclusively threatened the country’s most vulnerable: the young, the old, the sick, the poor, students, Aboriginals, refugees and the environment. While claiming a “debt emergency” that is negligible in relation to nearly every country in the world, the Abbott Government may also have threatened our Pacific neighbours, with the extravagant purchase of 58 F35 jet fighters to the tune of $12.4 Billion dollars. 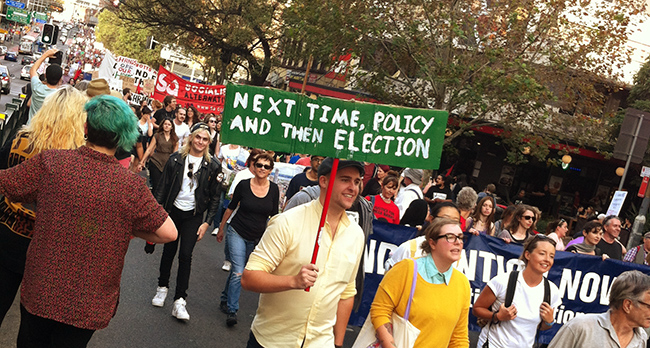 The other Parties are also highly concerned by the Government’s break-neck efforts over the last 10 months, to dismantle 76 Government Departments, including the Ministry of the Environment and the Ministry of Science. The Abbott Government has also intimidated and now slashed funds to the National Broadcasters, and Public Servants face dismissal, if they criticise their Government’s harsh treatment of refugees.

Tony Abbott (locally referred to as “The Mad Monk”) has also nominated himself as the Minister for Women and restored peerage (Knights and Dames), allegedly without ER’s signature on the Letters Patent. The Australian people may have been fooled by the Murdoch press into voting for this man, but they know now that they did not vote for their entire society to be over-turned, and the PM’s popularity has dropped dramatically since his election. 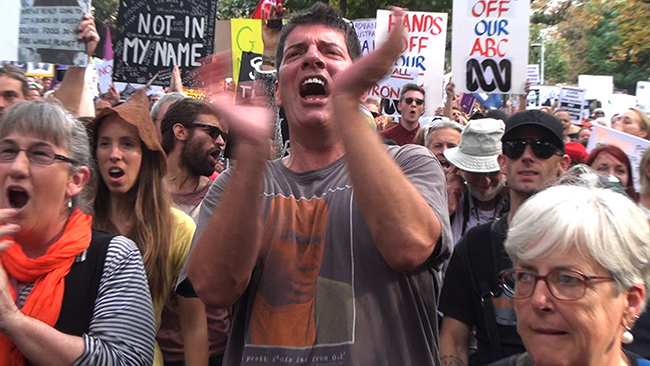 If enough pressure comes from voters to unite the other major Parties into alliance, they will indeed have the power to remove the Mad Monk in time for a “No Bah Humbug!” Christmas.

The speaker here is the celebrated Australian writer and journalist, Antony Loewenstein. He warns that the cruelty to refugees has been a result of bipartisan manoeuvres, and calls for a complete change of attitude from Federal Labor towards asylum-seekers. They opened the off-shore camps, and they must propose to close them again, and free the refugees, before they can expect public trust again. 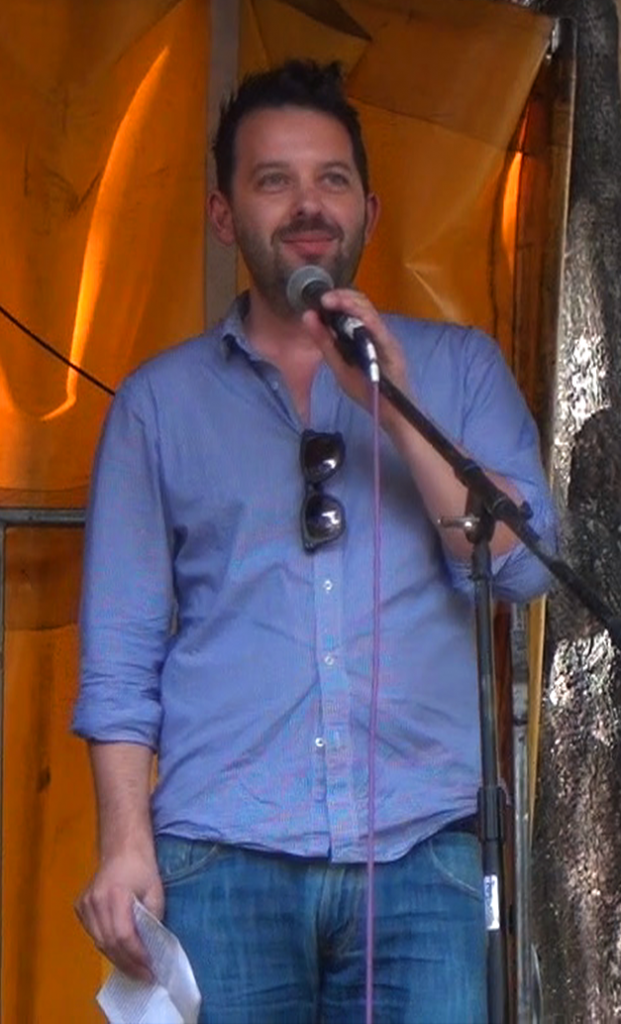