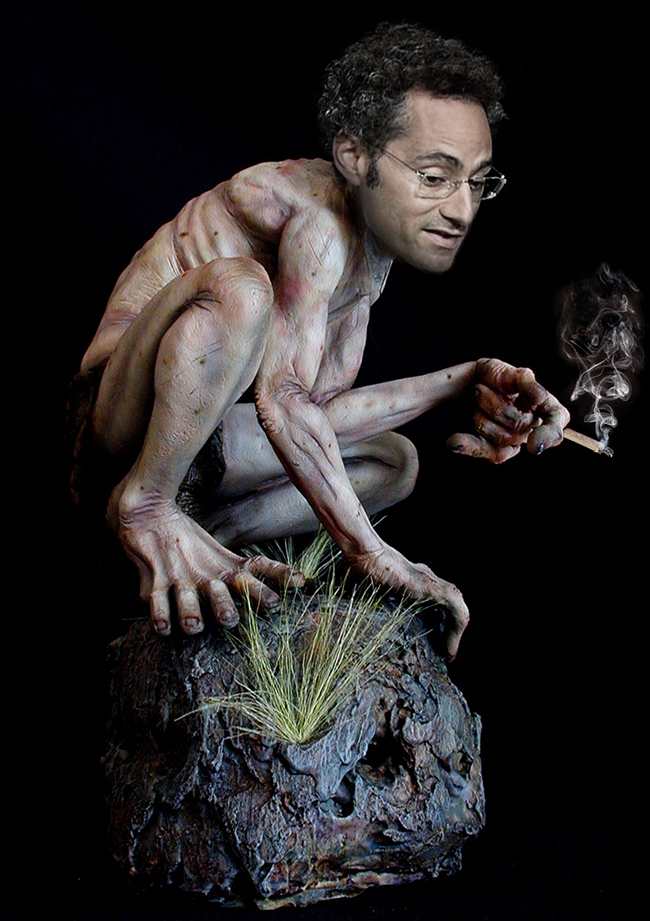 The Palantíri were the Seeing-stones of Middle-earth, the fictional world of J.R. Tolkein in Lord of the Rings. According to legend, the Palantíri [singular Palantir] could only show visions or intended thoughts of the users. Their vision was not based on obstacles, but on darkness; they could see through things, but would only see shadow.

That sounds a bit unreliable… but it sells! Welcome to Big Brother meets Big Data!

Palantir Technologies, is a premium Silicon Valley start-up, whose business it’s been to write clever software to track your digital footprints, and then JOIN THE DOTS to predict who you are, and where you might go next. Its directors are Peter Thiel, Mr Paypal-Facebook, and Alex Karp an “eccentric philosopher” who has turned their Palo Alto head-quarter into a replica of The Shire. If it sounds like a fairy story, it’s not. Palantir’s software has been labelled the KILLER APP. It was used to hunt down and murder Osama Bin Laden.

Palantir is ‘well in’. Its advisors are Condoleezza Rice and George Tenet (ex CIA). It was funded by the CIA, who became a client of Palantir back in 2004. Other government clients are the NSA, the FBI, the NYPD, and a number of Counter-Terrorism & Military Agencies.

This baby has been valued at 5-8 billion dollars and is predicting another billion in private sector deals in 2014. Forbes Magazine reports:

“Palantir is emerging from the shadow world of spies and special ops to take corporate America by storm. Private-sector deals now account for close to 60% of the company’s revenue.”

The identities of corporate clients are usually kept secret, but they include J.P. Morgan, various hedge funds, News Corp and Bank of America – as we recall from Palantir’s dealings with H.B Gary Federal, in a sordid plan to destroy Wikileaks, and their media partner Glenn Greenwald. What karma, for Glenn to bump into a certain Edward Snowden further down the track! 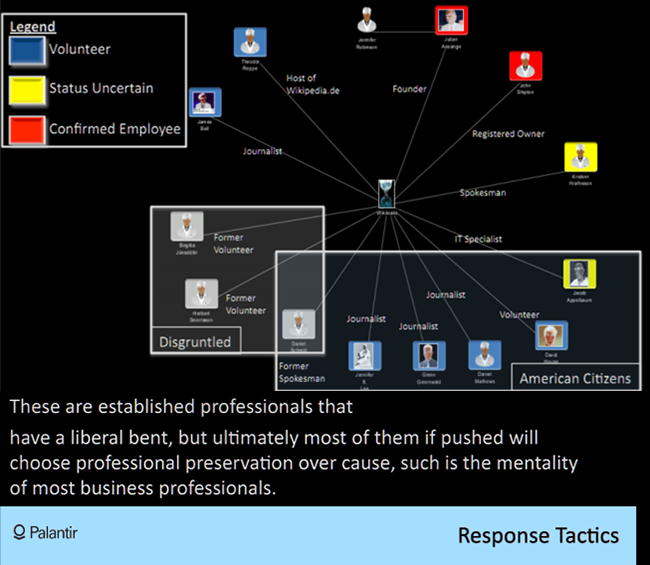 When Anonymous gained access to thousands of emails on H.B Gary’s servers, the emails revealed that Palantir had worked with HB Gary Federal to develop proposals for attacking WikiLeaks’ infrastructure, blackmailing its supporters and identifying donors. When sprung, Palantir put an engineer on leave, apologised for his role in the plan, and cut their ties with HB Gary, as you do, when you don’t want the dirt to spread. After that, they installed a “Batphone” to Karp’s office, to report “unethical clients” – and reinstated their engineer.

Now you might be asking yourself at this stage if these guys are elves or Black Riders.

Palantir Technologies is a perhaps a pioneer in an upcoming consumer industry of selling private information for profit, and they are cheap as, compared to Booz Allen, IBM, and Lockheed Martin. But Forbes Magazine suggest that Palantir restrict their services to the top end, because some people won’t be happy if they go totally public. Quote: “It helps its customers see too much”.

My arse! Alex Karp claims his “turn-key” service (as he calls it) helps the Government go after bad guys. Who those bad guys are, he doesn’t know, quite often, and never finds out.

“It’s tough”, he says, because his targets don’t leave behind any tangible evidence, such as fingerprints or DNA.

Whether they actually are bad guys, he takes on faith in his Government, or whatever client he’s working for, and of course, if the Batphone doesn’t ring… According to former employees, Palantir has explored work in Saudi Arabia despite the staff’s misgivings about human rights abuses in the kingdom, but Karp doesn’t seemed to have picked up…

In an interview on the Palantir website, Karp assures us that Palantir are the good guys, and showcases a project where they chased the infiltrators of the Dalai Lama’s computer. Wow. He stumbles however, when asked who it was, and has to admit that it wasn’t really clear in the end, if it was a government or teenagers. Hmmm, that’s a pretty wide margin of error.

Palantir’s so-called predictions hinge on assumptions and probabilities – all along the line – no light, just shadow – and as it turns out, the “bad guys” are not always bad guys… sometimes they’re activists; sometimes journalists. The Karp loves to drop in the word “turn-key” when he’s selling his crystal ball kit. The irony he doesn’t see is that it is the perfect tool for turn-key totalitarianism. You put all of this surveillance into place and then someone flips the switch – a new President or a new Prime Minister (coughs).

CLICK. Suddenly the technology is not being used as intended. CLICK, and anti-war activists are raided by the FBI; CLICK, and refugee activists are threatened by the Department of Immigration & Border ‘Protection’.

Alex Karp claims to be an advocate for civil liberties. He assured a talk-show host that innocent people would not be “swept into the dragnet”; that the “patterns” his software detects only relate to the activities of terrorists. He says that the data Palantir supplies is “tagged” for one use only, giving the impression that his company has control over who finally sees what, or how the information will be used.

The US Justice Department’s Inspector General, in a series of reports on FBI practices found systematic disregard for the required procedures for demanding records. False statements in affidavits, to both telecommunications companies and the FISA Court; improper acquisition of journalists’ phone records; use of national security authorities in cases unrelated to national security; and attempts by superiors to retroactively conceal these improprieties. Speaking of patterns… a pattern of failure to report potential violations to the proper oversight board was also “noted”.

William Binney, a former NSA official, who led a team to develop ThinThread – the agency’s selective and effective, pre-911 surveillance tool – resigned, because he saw the whole thing spin out of control, and his country turn into a Police State. Binney baulked, when he saw that NSA data was being used to prosecute petty crimes – and not too many terrorists. Not many at all. Palantir’s director admits that real terrorists are apt to change their patterns and cut their ties as soon as anyone in their circle is arrested. Going after ordinary citizens, on the other hand, is a much more fruitful and lucrative process. 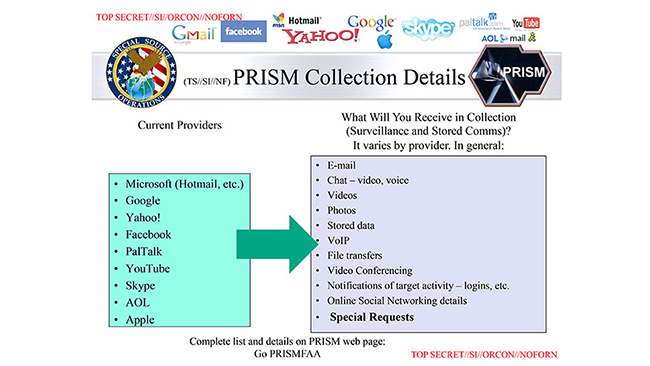 FBI Director Robert Mueller argued that the entire body of phone records is “relevant to an investigation” because it plausibly contains records that will be relevant to some investigation at some point in the future. Since these investigations were not only being used to pursue petty criminals, but dissidents too, Binney realised that his Government’s actual use of data gathered through spying had become “a Totalitarian Process”. The American Civil Liberties Union describes Palantir as “a true totalitarian nightmare”.

Julian Sanchez from the CATO Institute articulates a problem that possibly none of the Hobbits from The Shire had foreseen:

“Such an architecture of surveillance, once established, would be difficult to dismantle, and prove too potent a tool of control if it ever fell into the hands of people who — whether through panic, malice, or a misguided confidence in their own ability to secretly judge the public good — would seek to use it against us.”

EDWARD SNOWDEN revealed that this architecture is in place. Mass surveillance of all citizens. An unprecedented level of eavesdropping – all ready if your name comes up, to prosecute you for any kind of crime or misdemeanour. And if you happen to be living in ‘The Lucky Country’, you might already be getting into a bit of strife for dissing your Government, especially if you happen to work for it… 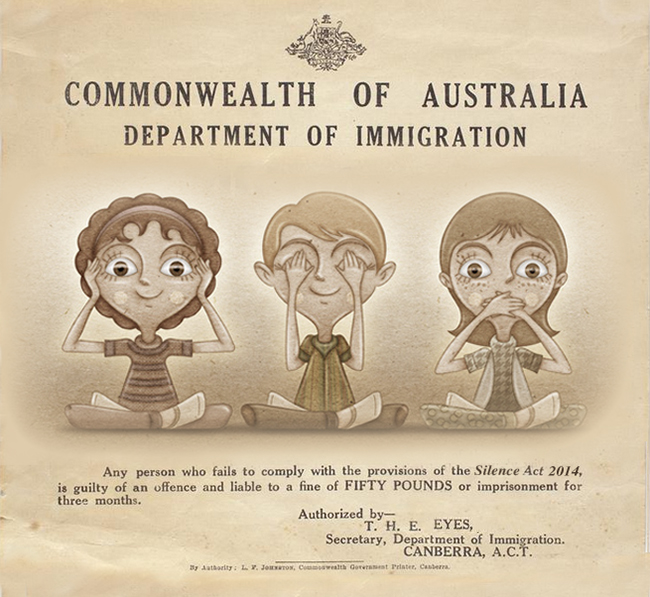 The more innocent citizens are spied upon and intimidated, if they get lippy, the more secretive Governments must become, to get away with this. Besides an erosion of civil liberties that inevitably becomes unconstitutional, there’s another ‘technical’ issue that makes the whole process rather iffy:

Evidence stops being ‘forensic’, when it’s a digital footprint.

Alex Karp admits that – and one can only conclude that his company sells hunches. And that around hunches, his clients have cultivated a devout belief in the philosopher’s stone; established a cloud of secrecy to prevent sceptics, lawyers and moralists getting in; and assured us that a well-paid job is being well done. Meanwhile, copies of NSA documents are not allowed to be passed on for analysis, even by their neighbours, the NYPD. And thus, the circle of trust is hermetically sealed, around an irrational, self-serving seat of power, that is frightened of our own shadows.

Peter Jackson should make a film about that! Come on Jacko. Stick your neck out! 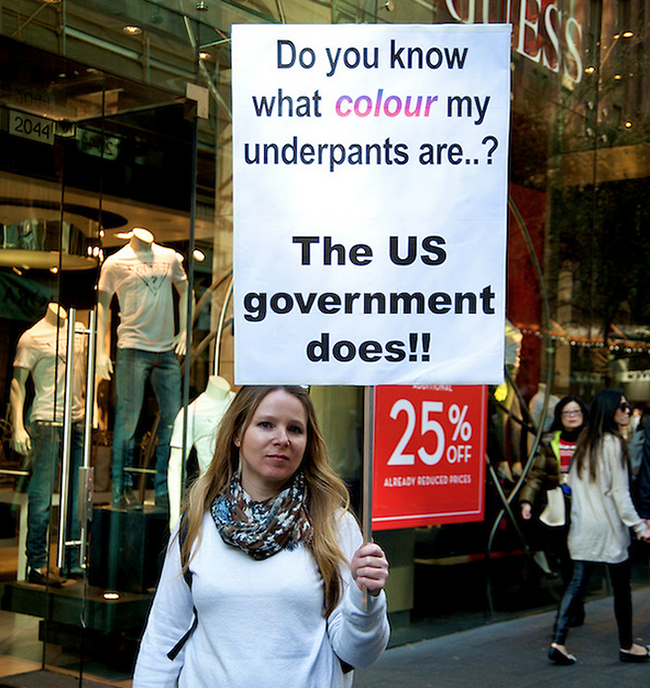