Dr Joyce Chia, from the Andrew & Renata Kaldor Centre for International Refugee Law, UNSW, spoke and answered questions from a live audience on Thursday evening at Sydney’s ‘Politics in the Pub’, regarding surprising developments earlier that day in Australia’s High Court. In her article for the Guardian, entitled ‘High court verdict spells the end for Australian immigration detention as we know it’, she made clear the implications of the Court’s ruling:

“Thursday’s decision has profound implications for asylum seekers and refugees in Australia. The detention of thousands of people who arrived irregularly before July 2013 is now potentially unlawful and the government will have to either release these people or at least resume processing. Prolonged cases of detention can be challenged before the courts. The policy of locking people up indefinitely, without carefully considering whether it is justified in the individual case, is unlawful under Australian law.” Read more… 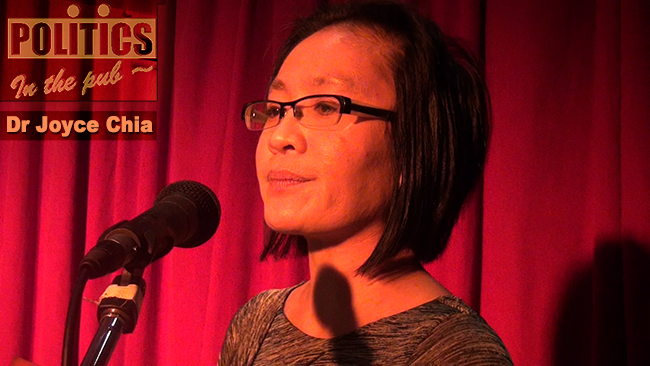 Also speaking on the subject of the Australian government’s “barbaric” policy on refugees was Dr Lucy Fiske, a Chancellor’s Post Doctoral Fellow from UTS, Sydney. Ms Fiske focused on the impact Australian Refugee Policy is having on the practice of our near neighbours, and the increasing criminalisation of asylum seekers’ crossing of borders. 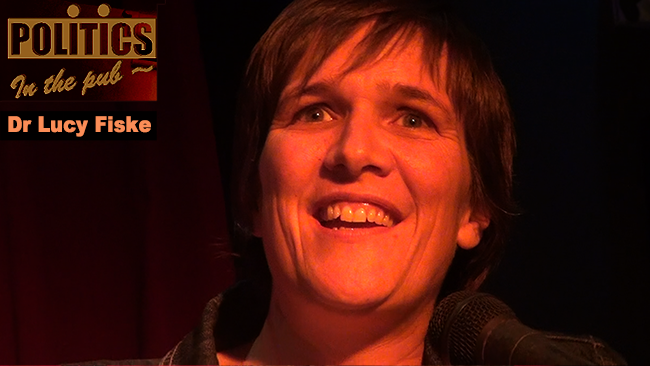 Dr Lucy Fiske, speaking on Refugees at Sydney's 'Politics in the Pub'.

Artist, musician, nerd
View all posts by CaTⓋ →
This entry was posted in ACADEMIC, EDITORIAL, NEWS. Bookmark the permalink.