Legendary Australian writer and film-maker, John Pilger, has returned to Australia to seek urgent help, both government and public, for the Wikileaks founder Julian Assange. Pilger’s speech at Sydney Town Hall yesterday was informative and painfully moving. He asks quite simply of the Australian Prime Minister, Malcolm Turnbull, to bring Julian home. Mr Turnbull, he says, has been “sympathetic” in the past to Assange’s situation, and certainly has the power to negotiate his return to Australia. It’s really a matter of choice.

Assange, Pilger says, has not only been a victim of persecution from the US and other states, from which he was granted political asylum – or, a place to remain arbitrarily ‘holed-up’ for 6 years, according to two UN rulings… What troubles Pilger more is the “Vichy journalism”, of which he gives numerous examples, that has served to aggregate lies and smear that would demolish public support for Wikileaks, and deflect us from reading the content of their publications. If we would only read them now, we might be skeptical about journalists describing a war hawk as “the icon of our generation”… 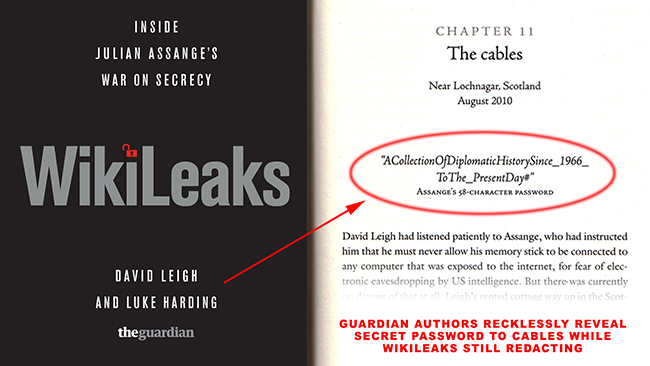 Even more disturbingly, Pilger reminds us that it was two Guardian journalists, David Leigh and Luke Harding, who recklessly published the password to the trove of USG cables while Wikileaks was in the process of redacting them. That instantly gave criminals and intelligence agencies around the world, including those of repressive states, the information they needed to pursue whistleblowers and dissidents. Like Madelene Albright, they may have said: “It was worth it”, to place Wikileaks in such a terrible situation.

Pilger read statements from Assange’s family, concerning his deteriorating state of health, and from ‘Women Against Rape’, who are appalled at being manipulated by bogus claims that undermined the credibility of Assange and Wikileaks. 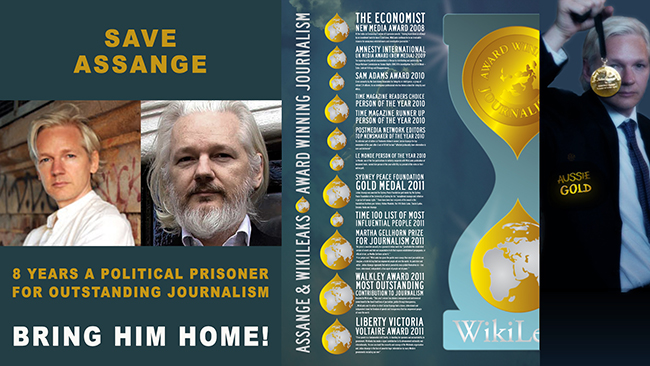 We have been quick to forget that Julian Assange received many international awards for “outstanding contribution to journalism”; including here in Australia, where he won a Walkley and the Sydney Peace Foundation medal. What’s fresh in our minds though, is that in the last few years, we have been spied upon and profiled; then flooded and manipulated by fake news. We know that our grass roots communications were poisoned by military-grade Information Operations.

Cambridge Analytica wasn’t “Vichy journalism”. They, and their hidden, offshore affiliates were paid by the likes of Trump and the British alt-right to “inject [damned lies] into the bloodstream of the internet”, that would terrify and divide us. And ironically, via the very platforms we had brilliantly used to make truthful information from organisations like Wikileaks ‘go viral’. That had united us like never before. What was different, and equally unprecedented in the turn-around, was that we weren’t all being delivered the same information or political offer. It varied, according to what was known about our personalities, religious affiliations, ‘likes’ and any other information we had shared, or could be obtained. 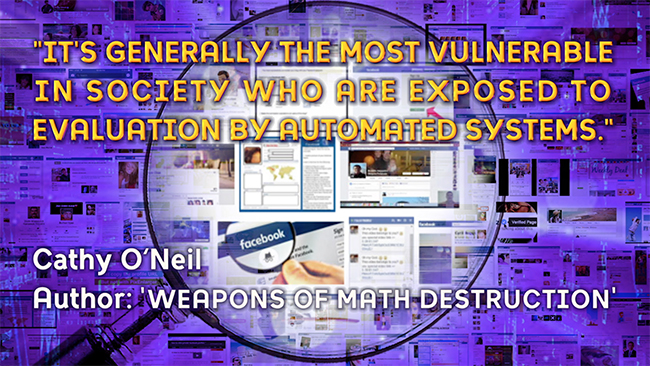 The inventor of the world-wide-web, Sir Tim Berners Lee, a CERN scientist at the time, offered a remarkable service to humanity. He gave it away for free, so that every citizen could eventually have an equal voice, and the same, unlimited access to information – and of course what Wikileaks did was very consistent with this vision. I’m not sure that Berners Lee’s immediate intention was to foster true democracy, but almost 30 years down the track, he is deeply concerned about that now. He says: ““Targeted advertising allows a campaign to say completely different, possibly conflicting things to different groups. Is that democratic?”. Noting that his dream of ‘net neutrality’ has also become a thing of the past, Berners Lee has recently called for a Magna Carta for the web.

Meanwhile, back in Australia, Bernard Keane, the political editor of ‘Crikey’, warns us in his article: ‘An Incomplete List of Evidence that Australia is becoming a Police State’, about a wide legal net that has been thrown over what we are allowed to know. He states:


“You can be prosecuted for viewing, sharing and republishing Wikileaks-style leaked governments documents unless you can prove you believed the information would not “cause harm to Australia’s interests”.

And coming soon before parliament:


“an expansion of the government’s powers to plant malware on phones and computers to undermine encryption.”

End of an era? I am stepping it up again to defend Wikileaks; and my advice, whatever you believe about its founder, is that you should too. It’s not only Assange that needs saving, but let’s not forget that he too offered humanity a remarkable, free public service. The truth of Wikileaks was solid evidence that governments lie. The truth of subsequent whistle-blowers like Edward Snowden and Chris Wylie was that they not only lie, but spy on us all, and employ AI professionals to tailor their lies to our individual weaknesses. We’re in deep (state) shit now. Everyone of us is in the firing line of ‘Weaponised AI Propaganda’, and our right to know is being bombarded by prohibitive legislation.

Information still wants to be free – especially when it is being hidden for the wrong reasons – and we couldn’t be in more need than now, of that ‘herd inoculation’ Wikileaks provided against disinformation. Let’s encourage each other to get a booster shot, by sharing John Pilger’s important message. 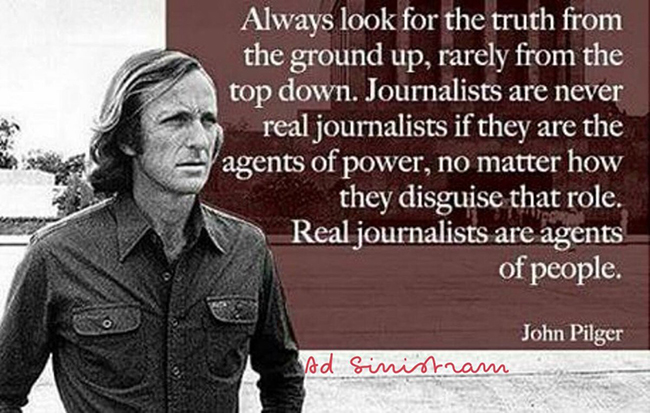