For ordinary citizens, there has always been a restriction on America’s First Amendment regarding freedom of speech. That freedom is limited by what people are permitted to know, by those who have the superior privilege to withhold information from public debate, or under parliamentary privilege, deliver false or misleading information to the public. Perhaps the greatest lie of all is that such a privilege serves the public interest, or ‘national security’. 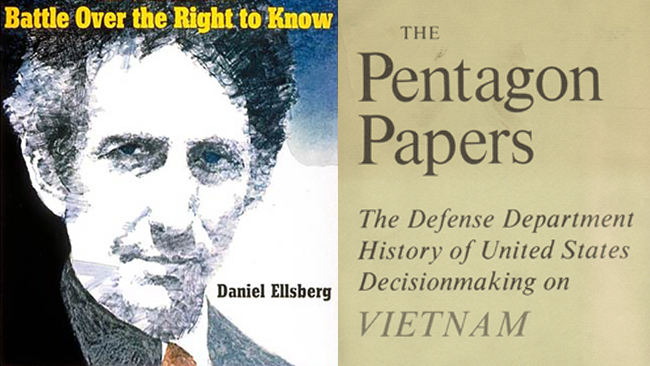 Daniel Ellsberg was the first person with this level of privilege to expose (via the Pentagon Papers) the catastrophic public harm his government’s lies were causing. Shortly thereafter, the Vietnam War ended, President Nixon was impeached and the extraordinary charge of espionage laid on Ellsberg, along with theft and conspiracy (a total maximum sentence of 115 years) were dismissed.

I recall Julian Assange saying some years back, that his mother Christine had told him about Daniel Ellsberg when he was a little boy. Wow. I’ve met a lot of adults recently who haven’t heard of him – nor of Sir Tim Berner’s Lee for that matter, who gave us the world wide web, for free, and enabled one and all to take that quantum leap in human communication we call the digital age.

The point of Wikileaks, which Assange would go on to create as a young adult, was to offer whistleblowers like Ellsberg a safe way to continue exposing facts that were in the public interest, but which were being misrepresented or withheld from public debate. 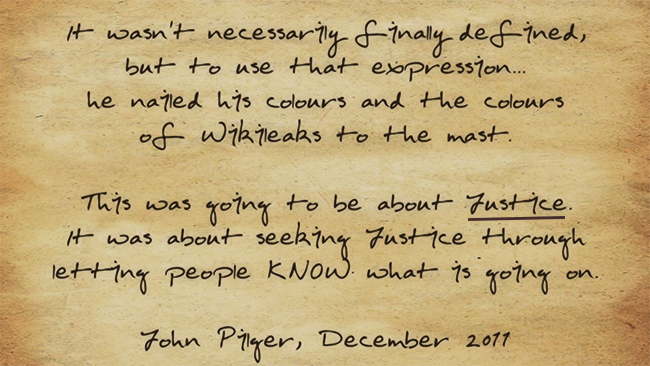 Assange got a lot of support and participation in that endeavour: from citizens, who most crucially disseminated the facts; from many academics; from journalists and politicians; and from the legal community. For the latter, I suppose it sounded very much like “the truth, the whole truth and nothing but the truth”. We should applaud the organisation’s outstanding diligence in fact-checking the information it received. After 10 years, its reliability still stands at 100% and despite the 2011 claims by US politicians, of Wikileaks having “blood on their hands”, no blood has been sacrificed for the delivery of this free public service.

I have no doubt that Wikileaks will survive, but it’s really looking like curtains for the founder and editor-in-chief. Assange has not been charged with any crime in relation to his work with Wikileaks, but it seems an espionage charge is pending, should he walk out of the Ecuadorian Embassy, and straight into a British prison, for the minor offence of breaching bail when he sought, and obtained political asylum.

Assange’s departure from the embassy is unlikely to happen by choice, even though all communications and contact with friends and family have been terminated for the last 10 weeks. There would be no point, if it were to be taken from this solitary confinement to another, where he would not be able to resume his work. What seems more likely now is that he will be evicted, for breach of an agreement he signed last year, when (only) his internet was cut off, to not say anything of a political nature on Twitter that “put at risk the good relations [Ecuador] has with the UK, the rest of the states of the EU, and other countries”.

Indeed, we the people have the right to do that, and truth protects that right, but not Assange. He knows too much, and he won’t keep his mouth shut. What was once political asylum has now has become solitary confinement. It is a flagrant example of the enforcement of public ignorance.

Berners Lee, Assange and Ellsberg monumentally facilitated our access to information, for no personal gain and in two of the three cases, at great personal risk. Berners Lee appeared to be politically neutral, and was knighted, but he too is a believer in true democracy. In recent times, he has been explicitly warning us about another quantum leap: in mass surveillance.

We are all being watched, listened to and recorded; both in our homes and workplaces. It chills our free speech, jams our moral compass and – latest phase – is being used in a very targeted way to manipulate our political opinion with false information. Berners Lee is particularly concerned about how AI is being used to analyse our data and profile us for specific messaging that may or may not be truthful. He states:

If you recall, the dissemination of false information, that would in turn be relayed by the people, was the modus operandi described by the Cambridge Analytica whistle-blower, Chris Wylie, in relation to their management of the Trump campaign and involvement in Brexit. Even the heads of “the firm”, Alexander Nix and Mark Turnbull, smugly admitted this in the Channel 4 sting video. Nix described how his company injects information “into the bloodstream of the internet”, disguises its origin and then sits back, to watch their ‘virus’ infect the minds of the populace.

What we’re seeing now is the use of military-grade information operations that were previously used to manipulate other populations, deployed on a country’s own citizens. What they know, it has been realised, can either make of them an ‘enemy’ (speaking truth to power), or an army of unwittingly mendacious sock-puppets.

The problem with Wikileaks was that it was not just a small organisation; its life’s blood was the long chains of citizens, “passing along buckets to put out the fire”, as Assange once put it. That couldn’t be stopped, but it could be perverted. The model could be used even more effectively to spread lies, with the right team of data scientists, spooks, marketing experts, creatives and ‘recruits’. Add to that a comparatively massive budget of a political party, to offer the gate-keepers of social media, and it was only too easy to poison the grass roots.

Moving forward through the 21st century, we need to protect truth like never before. That starts with opposing the fragmentation of the political message via our social networks. There can be no public scrutiny if there is no consensus on what is real in the political offer, and some would argue that the behavioural micro-targeting of voters has already “high-jacked” two democracies.

Hell, we didn’t see that coming, but we must realise now that the facilitator of this dystopian manipulation in the digital-age is mass surveillance, which is largely being used to limit free speech, democracy and even human rights. We must therefore respect and protect whistleblowers, who provide us with a much-needed ‘herd inoculation’ against the lies and deceit that divide us. And finally, we must applaud the generosity and vigilance of Wikileaks, for “keeping the bastards honest”, and all who struggled against corruption alongside them. 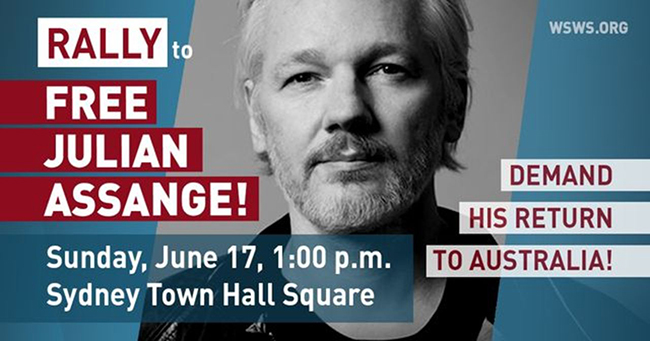 I fully endorse the rally on June 17th to protect Julian Assange, and call on our government to negotiate his home-coming to Australia. Prime Minister Malcolm Turnbull and Foreign Minister Julie Bishop, as the lawyer Greg Barnes said: “There is an opportunity…”, and since he is an award-winning journalist, the US must abide by the First Amendment of their Constitution. 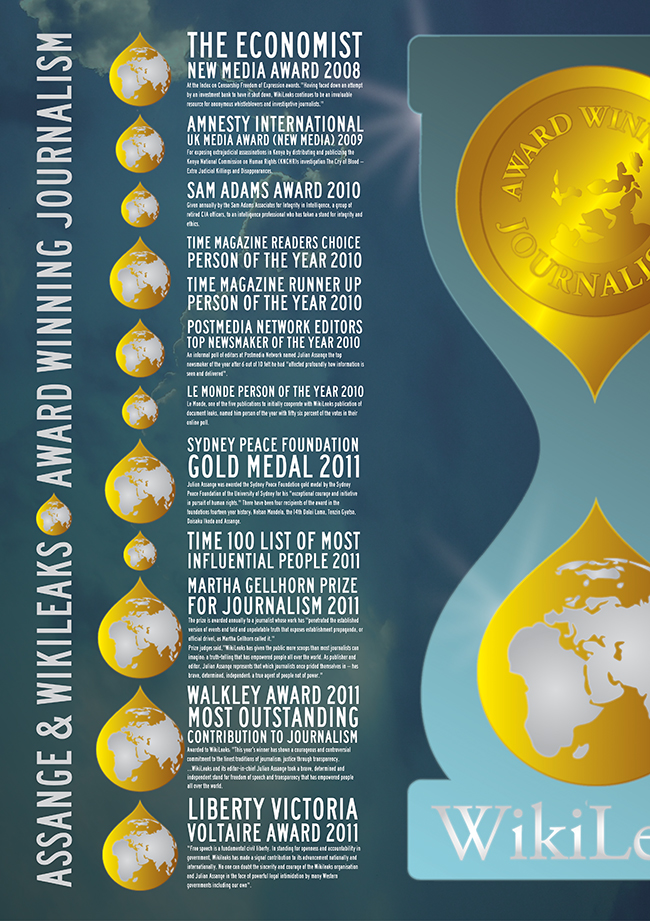