Prelude to a Show Trial?

I am appalled by today’s article in the Sydney Morning Herald – cited below if you care to read it – particularly by the following statement:
“Assange was first accused of rape and sexual misconduct on August 20, after two women he had been sexually involved with went to a police station to report a series of allegations.”

Assange has NOT been (legally) accused of anything so this statement can only be referring to accusations from the press and politicians rather than the police. Yet the SMH suggests that the police were the FIRST to accuse Assange of rape.

That is only one of the reasons why the EAW (European Arrest Warrant) was invalid and its demands for extradition should get rejected. An EAW can only be issued for prosecution or conviction, not for questioning. Another reason is that ONLY Swedish police can issue such a warrant and Marianne Ny, despite her legal status, is not authorised to demand one. 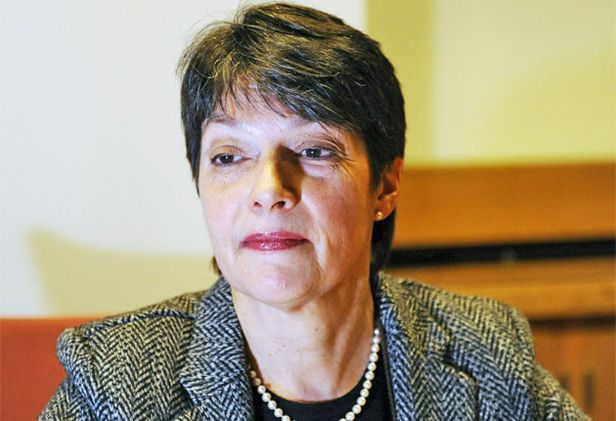 Marianne Ny: unprecedented abuse of process in the Assange arrest

The defence cites an unprecedented abuse of process by Ny, including false claims that all avenues to contact Assange had been explored and were fruitless. As it turns out, he even offered to go to Sweden and this was rebuffed by her. The normal European protocol is to use Mutual Legal Assistance, whereby one country can arrange a direct, telephone or Skype interview for the country in question. This process has been formalised via the EU Convention on Mutual Legal Assistance in Criminal Matters (2000, C197/01) and Protocol (2001/C326/01). Mutual Legal Assistance was not contacted at all and the defence asserts:
“Ms. Ny went from informal discussions about arranging an interview of Mr. Assange straight to the issuance of an EAW, without taking the reasonable and proportionate, intermediary step of formally summoning him for an interview or formally requesting his interrogation.”

It seems like Marianne Ny was suddenly in a hell of a hurry, after having “let things slide” for so long, but arresting Assange in absentia, on the very day she granted him permission to leave the country (September 27th 2010), sounds more contrived than chaotic…

Given her position of Senior Prosecutor (not Director of Public Prosecutions!) it would be hard to imagine that she has not been aware of, and willing to take the risk of engaging in a number of illegal activities (under Swedish and European Law).

Yet in her supporting letter of the case for the prosecution, she is still unable to come up with any convincing argument why Assange needs to be sitting in front of her in Sweden, before she can ask him any questions, and thus decide or not whether to prosecute.

Going back to the SMH article, it opens by describing this affair as “the most high-profile rape case in the world”. How can the SMH call this a “case” at all when no one has been charged with anything? How can they say: “The rape accusations were cancelled” when what they mean was that the initial complaint was DISMISSED as not constituting a crime, even in Sweden.

In summing up the defence’s “main” points, SMH are saying that what Assange allegedly did does not constitute a crime in Britain. This is Point 83, which is one of the only points I find somewhat irrelevant, in terms of clearing Assange’s name. What seems crucial to this case is the defence’s complaints about the with-holding of evidence that would have assisted their case; namely the communications between the two complainants before they reported their story, which strongly suggested that it was concocted around jealousy, disappointment and a certain desire to make money.

As it turns out, Ms Ny would have been legally obliged to hand over ALL of the evidence, had she made the decision to prosecute, so maybe there was some method to her madness.

Now read the case for the defence (“skeleton” version), signed by Jeffrey Robinson QC, and John RWD Jones, for yourself. What you will be undoubtedly waiting for throughout the entire reading is unveiled, without disappointment, at the end:
http://www.fsilaw.com/sitecore/content/Global/content/~/media/Files/Publications/IP_Media/Preliminary%20Assange%20Skeleton%20Argument%2011_01_11.ashx

Prelude to a Show Trial? Not if Jeffrey Robinson has anything to do with it!

The SMH article can be found here.

One Response to Prelude to a Show Trial?