It’s clear for Michael Pearce QC that Australians will have to raise their voice (scream blue murder?) as they eventually did about the plight of David Hicks, before their government will offer the political and diplomatic assistance Julian Assange needs to resolve his current situation.

Mr Assange is currently trapped in the Ecuadorian Embassy in London, despite having been granted asylum, since police outside have been briefed to arrest him “under all circumstances”. Curiously, this extraordinary predicament is the result of one judicial authority’s decision; the Swedish Prosecutor Marianne Ny, who refuses after two years to question him anywhere or anyhow but in person and in Sweden.

Ms Ny has admitted since February 4th 2012 that she could very well use Mutual Legal Assistance, a commonly employed method of interviewing suspects in other countries, but for reasons she will not explain, deems this process “inappropriate” in the case of Assange.

Ny has also refused Ecuador’s invitation to question Mr Assange at their London embassy and has insisted that he be extradited. Lawyer Susan Benn, who spoke outside the Ecuadorian embassy the day Assange arrived there, has pointed out that this “more appropriate” method will involve Assange passing through Swedish custody (most probably for 4 days) before seeing the prosecutor.

Benn adds that this provides the ideal window of opportunity to open the sealed indictment for his temporary surrender to the US in relation to a charge of espionage, since this step necessitates Assange’s prior incarceration. It is perhaps only within this context that Ny’s actions could be deemed appropriate. The case should have been dropped in October 2010, when forensic analysis showed that the famous ripped condom, which served as her material evidence to re-open the investigation, was a fake.

Ny’s refusal to question Assange in a safe place has also permitted her to withhold other exculpatory evidence from his defence team; namely electronic records of conversations between her two clients, before they went to the police station to make an enquiry about STD testing.

Ove Bring, a Swedish professor emeritus of international law recently stated that the charges against Assange would probably have to be dropped following an interview, since ”the evidence is not enough to charge him with a crime”. That would appear to be an understatement, but as Naomi Wolf has pointed out, none of the Swedish players seem to be going for a win, since that is not the point of getting Assange to Sweden.

“Both women are being advised by the same high-powered, politically connected lawyer. That would never happen under normal circumstances because the prosecutor would not permit the risk of losing the case because of contamination of evidence and the risk of the judge objecting to possible coaching or shared testimony in the context of a shared attorney. So why would the Swedish prosecutor, Marianne Ny, allow such a thing in this case? Perhaps — bearing in mind the threat that Assange will be extradited to the US once he is in Sweden — because she does not expect to have a trial, let alone have to try to win one.”

Marianne Ny is not the only one who is pushing her professional integrity to the limits. Australia’s Prime Minister Julia Gillard, who is also a lawyer, publicly announced that Assange had committed an illegal act by publishing material that had been sent to Wikileaks. Craig Murray, ex Bristish Ambassador to Usbekistan, not only informs us that other ambassadors around the world do not agree with the actions of Britain’s Foreign Minister William Hague; he also makes it clear that Mr Hague will be putting local police at risk of extradition to Ecuador if they enter the embassy to arrest Assange.

Back in Australia, Foreign Minister Bob Carr claimed that there was not the slightest hint that the US was gunning for Assange, only a week before news of the Grand Jury investigation broke. He was also contradicted by diplomats at the Australian embassy in Washington, who expressed no doubt that a request for extradition was on the cards.

On July 12th 2012, Australian Greens Senator Scott Ludlam challenged Bob Carr’s persistent denials that Julian Assange is in danger. Who would doubt it now, given the desperate measures numerous public figures are taking, and the international crisis that is building over the capture of someone who has not even been charged with a crime?

Australians should take note of Senator Ludlam’s assessment of the situation and respond en masse by writing IMMEDIATELY to their MPs; to demand not only consular, but political and diplomatic support for their fellow citizen. It is now appropriate that the Australian Government reiterate their request for DUE PROCESS according to international law, no matter how embarrassing it feels to argue Assange’s position as Australia’s first political refugee.

Safe passage to Ecuador must be granted by the UK and if Sweden refuses to question Mr Assange before he goes, so be it. Ecuador are convinced that he will be exposed to the risk of “temporary” surrender to the US – the terms of Obama’s NDAA can make that rather permanent – if prosecutor Ny’s wishes, and hers alone, be granted. 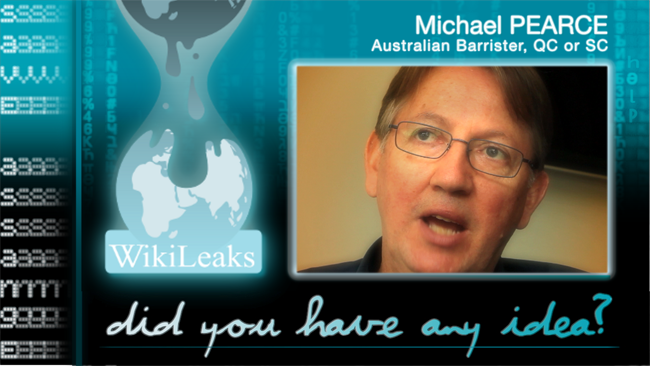 The Australian Government will only help Assange when the people object