Sister Susan Connelly delivered a moving and instructive speech yesterday to 4000 rain-drenched Sydney-siders, who had come to the Palm Sunday rally to show their support for Australia’s refugees. Susan is one of the five Sisters of St Joseph, who have taken up Saint Mary MacKillop’s East Timor Mission to bring basic education to the children of East Timor. 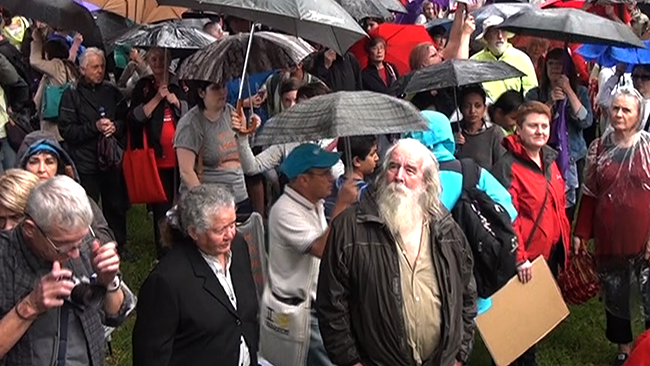 Australians have become distraught at the harsh treatment of its refugees, and are coming out increasing numbers to tell their Government to free these people from their seemingly endless incarceration in Detention Centres. Fourteen church congregations and school-children have now joined the protest, following the brutal attack on detainees by locals and G4S contractors on Manus Island, resulting in over 70 people being injured, and the death of Reza Barati. Many of the protestors were outside Villawood Detention Centre last week, as numerous buses took the refugees away to the remotest areas of the continent. 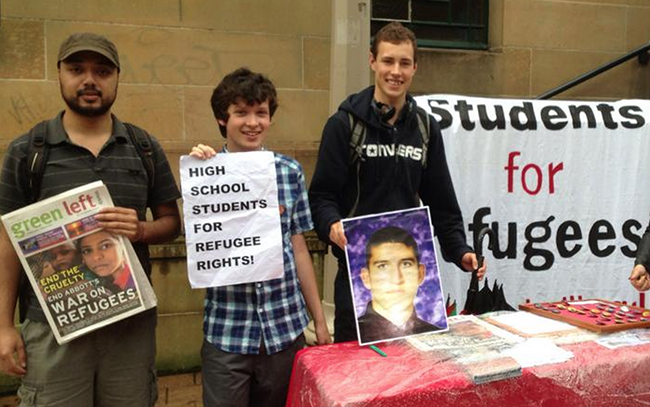 The official spiel is that Villawood is to be refurbished, but the simultaneous emptying of the Maribyrnong Facility in Victoria, and recent sightings of baby cots arriving at the offshore Camp on Nauru – there are no babies, yet – suggests a general move. One can only guess, since the Abbott Government has made its mission Top Secret. Department staffers have been warned that they may neither speak about “operational matters” nor criticise the Government; and that they should report anyone who disobeys the order.

Queensland Senator Larissa Waters recently complained that access to off-shore facilities has even been denied to the UN and our own human rights commissioner, Gillian Triggs. 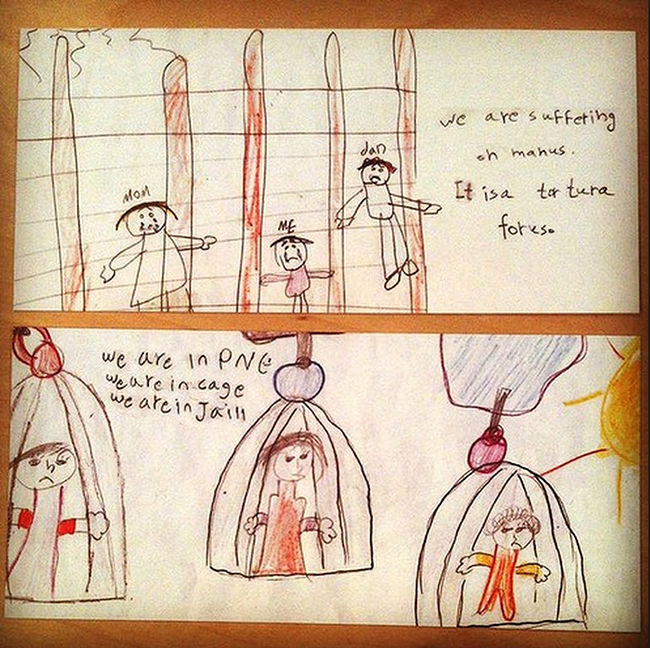 Out of sight, Mr Abbott, but certainly NOT out of mind… 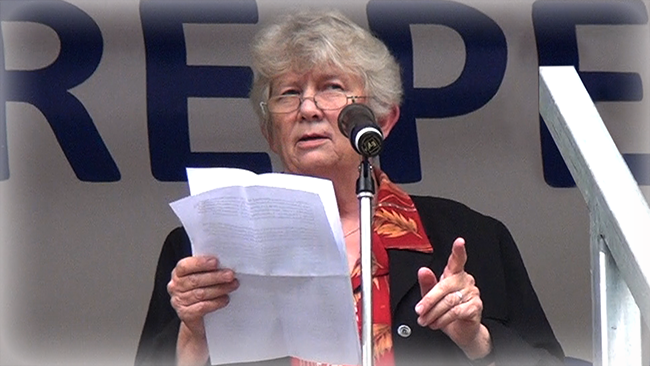